End the cruel slaughter of kangaroos on public reserves: Petition 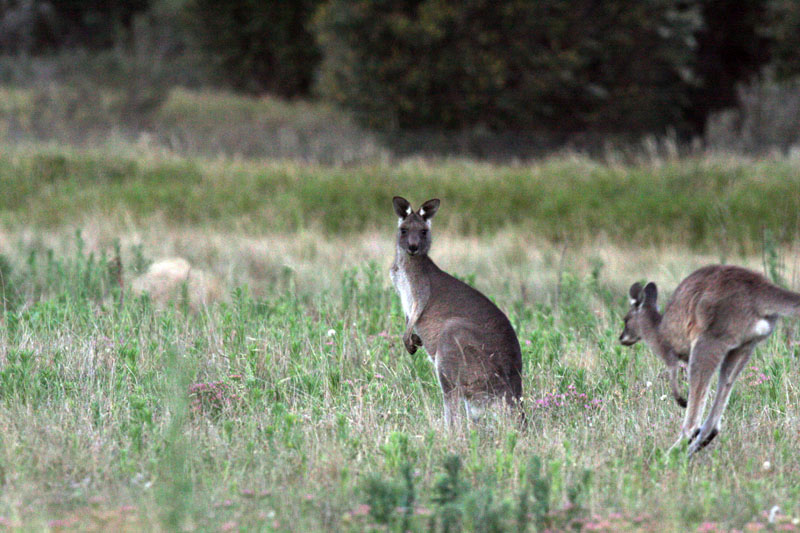 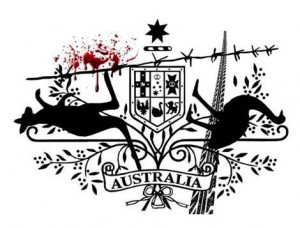 The Australian Capital Territory (ACT) government has announced yet another slaughter of eastern grey kangaroos (EGKs) on its own nature reserves in the winter of 2015.

The government claims, without any coherent supporting evidence, that kangaroo grazing is a threat to the very ecosystems of which kangaroos have been an integral part for around five million years. The government continues to slaughter these creatures, despite having done no work to monitor or evaluate the impact or effectiveness of the killing program.

As well as being an ecological disaster, the slaughter causes immeasurable suffering to the animals. Adults that do not die instantly from the first shot are stabbed and clubbed to death, or escape to die slowly of their wounds. Even the survivors often injure themselves in their panic, or die on the roads trying to escape, or live to suffer the emotional distress and disruption to the mob’s social structure. Pouch young and young at foot are bludgeoned to death or left to starve.

In his response to this petition in 2014, Minister Shane Rattenbury implies that eastern grey kangaroos are a threat to species such as Grassland Earless Dragons, the Striped Legless Lizard, Perunga Grasshoppers, Coorooboorama Raspy Crickets and Ginninderra Peppercress. At the Administrative Reviews of 2013 and 2014, this claim was shown to be completely untrue. In fact, in an adjoining reserve just across the NSW border, where kangaroos are never culled, several of these species are recovering far more quickly than on the ACT reserves where massive kangaroos culling is conducted every year. The government’s own ecologist admitted that the government’s assertions about kangaroos being a threat to vulnerable species were just “PR”.

Rattenbury asserts that “critical conservation areas are under threat from overgrazing by kangaroo populations, which leads to a deterioration in the quality of the grasslands. This in turn puts pressure on the species that rely on this habitat”. In fact, the ACT government has consistently failed to produce any evidence that kangaroos (other than in captive situations) ever have overgrazed any area. The evidence shows that these animals manage their own populations without human intervention. Overgrazing in Australia is the sole preserve of introduced animals, such as sheep and cattle, which damage the fragile, shallow soils with their heavy bodies, low grazing and hard hooves.

Rattenbury asserts that “conditions in the ACT region are very favourable for Eastern Grey Kangaroos, contributing to an extremely high kangaroo population. Eastern Grey Kangaroos are the most numerous species of macropod in Australia, and their conservation status is not threatened.” Many ecology experts who have actually studied the population dynamics of eastern grey kangaroos consider their numbers to be in steep decline and deep trouble, both in the ACT region and throughout their range.

Rattenbury asserts that “the numbers to be culled have been based on scientific kangaroo counts in each location. This has been compared to the sustainable carrying capacity for each area that ACT Government ecologists have established by taking into account the habitat requirements of grassland dependent animals and plants.” Independent ecology experts have disputed:
(1) the government’s models for determining the sustainable kangaroos carrying capacity of reserves,
(2) their methods for counting them, and
(3) their models for estimating actual numbers. The government is well aware of this expert criticism of their calculations.

Rattenbury notes that “the ACT Government has since undertaken a peer review of how cull numbers are determined, which supported the ACT Government’s continuation of kangaroo management activities this year.” This so-called peer review has itself been peer-reviewed, most unfavourably, by a retired CSIRO plant scientist with vast experience in evaluating peer reviews.

Rattenbury asserts that “The conservation cull will be conducted according to a strict Code of Practice that has the endorsement of all relevant authorities including the RSPCA.” In fact, Rattenbury has rejected the Code of Practice prepared and recommended by his own Animal Welfare Advisory Committee in favour of the “national” code of practice which provides a lowest common denominator model intended as a baseline for states to their develop their own codes of practice.

In 2012, at least one of the culled kangaroos was found to have been shot, stabbed and bludgeoned before dying of suffocation and/or blood loss. In 2014, the government’s own expert witness admitted that, during each cull, an entire generation of young at foot are routinely left orphaned to starve or otherwise die without adult protection. 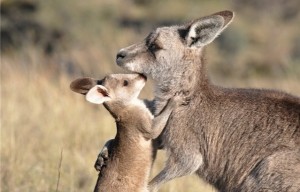