A plague of myths 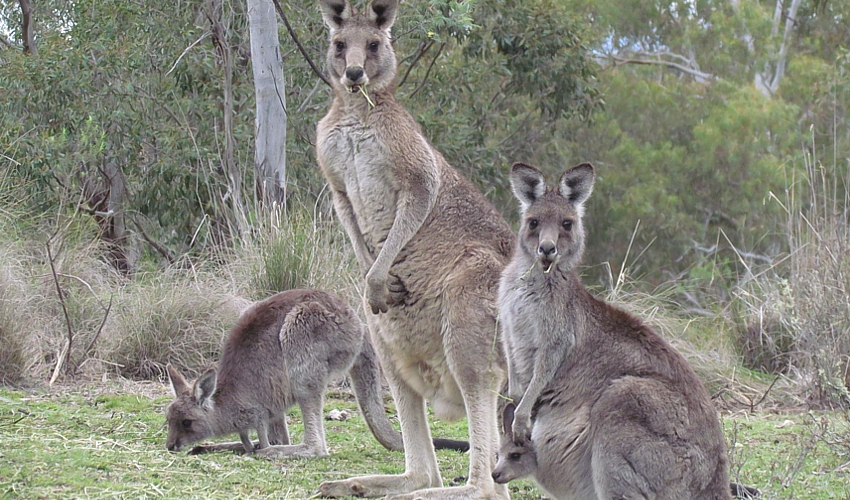 The AWPC’s  Kangaroo Campaign Lead Chris Lehmann has started firing off media releases to increase public awareness of Victoria’s and the whole country’s enduring demonisation and persecution of kangaroos — that has to stop. Here is what he had to say 9 November 2020.

THE COUNTRY WOMEN’S Association of Victoria Inc recently urged the Victorian government to support a major harvest of kangaroos due to their current ‘plague proportions’ (sic). This is recorded in meeting minutes from May this year (1).

“Talk of plagues should be relegated to COVID-19 and the like. Kangaroo populations have been decimated since European settlement, and the oft-quoted talk of ‘plague numbers’ is a relic colonial era belief entrenched in our culture”, Mr. Chris Lehmann (Kangaroo Campaign Lead, AWPC) said.

“We are yet to see kangaroos in numbers that are in large proportion to their environment; and we challenge anyone who claims to have a plague on their hands to prove it or desist from disinformation”, he continued.

Mr. Lehmann said — “The population counts for kangaroos are based on sampling plus dubious adjustment factors — the end result if an exaggerated official population number, which in turn means that very large numbers of kangaroos are currently being killed then causing the populations of these animals to decline rapidly. The population explosions being promoted by governments and others are not occurring. It may be that in this instance kangaroo populations are being displaced by development, mass shooting elsewhere, land clearing or other factors.”

For the region in question, very large numbers of kangaroos are already being killed in a most cruel manner.

Mr. Lehmann continued, “Our view is that an unacceptable number of kangaroos are currently being slaughtered in Victoria for pet food and soccer boots. We are talking about our national icon.”

“The kangaroo is on our national coat of arms … and we knock them off for dog food?”.

“We really want organisations like the Country Women’s Association (Bendigo Northern and Central Victoria branches) to do some research before presenting and seconding motions — as they did in their May 2020 meeting — calling on the Victorian government to slaughter even more of our precious national icons. We noted the vote was not unanimous”, he said.