Arguments for not feeding native animals

Part of the enjoyment of living in a regional area with garden space is creating a habitat for our native animals in the backyard.

But while birdbaths and frog ponds provide a useful service for native species, a bird feeder full of seed does not.  The NSW Office of Environment and Heritage has published an information document called ‘Keep wildlife wild: please don’t feed the animals’.   The Office of Environment and Heritage even pointed out that feeding lorikeets sugar-based foods like fruit, could cause the birds to die at an unusually young age.

While we desire to commune with Nature, and our wonderful native species, we may be doing more harm than good by feeding them inappropriate foods. 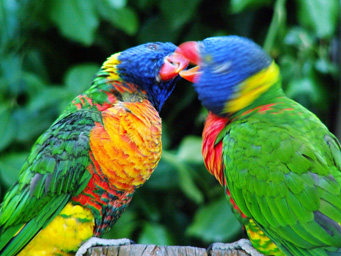 Feeding  Kookaburras, Magpies and Currawongs with meat, mince or bread can produce imbalances in their nutritional requirements causing severe deficiencies. 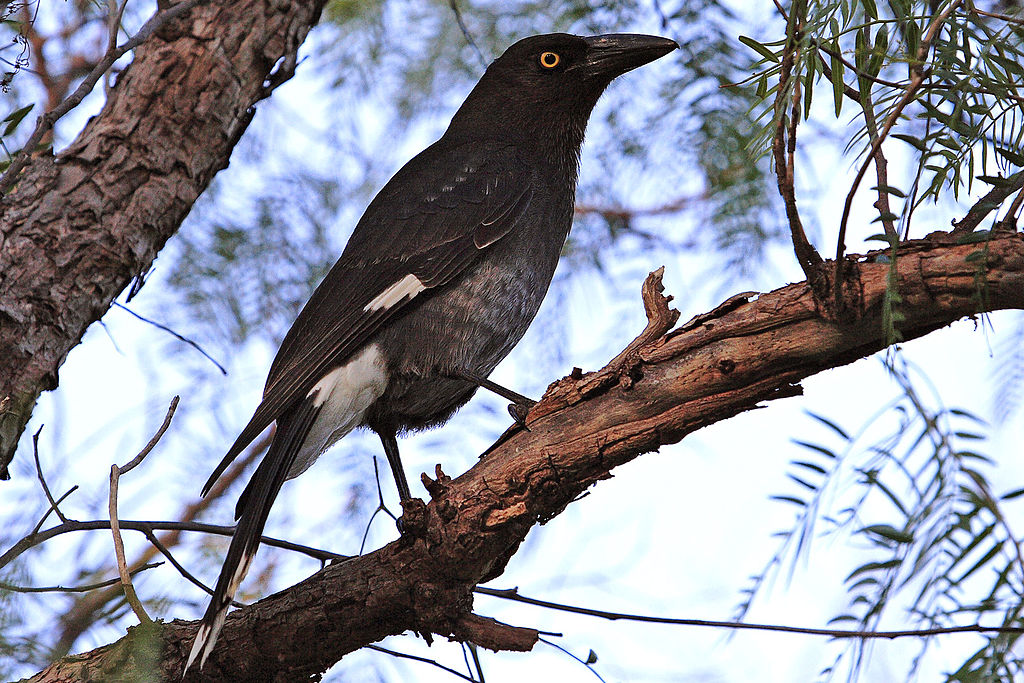 For Rosellas, Cockatoos and Galahs, introduced fruit is not natural part of their diet and  seed mixes are rarely nutritionally balanced.  Many people acting with the very best intentions feed them meat from a butcher such as cheap mince, sausage etc. Unfortunately those products are loaded with chemical additives that are lethal to birds.

Aggression may also result from competing for food offerings. Sometimes species such as Currawongs and ravens can become so numerous that they drive other species away by aggressive behaviour or by preying on them or their young.

The digestive system of some birds is designed for a predominately liquid intake. Bread seed mixes and fruit quickly fill the bird and slow the digestion process leading to vitamin and mineral deficiencies predisposing the birds to disease through bacterial and yeast infections.  Diseases such as beak and feather diseases are easily spread through communal feeding trays.

A study of mass deaths of lorikeets in NSW showed that the birds had been killed by a condition called necrotizing enteritis. That’s a disease caused by a combination of inadequate diet and poor hygiene. In the case of that study, it turned out that the birds had been crowding onto tiny, dirty feeding trays — a situation very much different to their normal behaviour where a flock of birds might be spread across several trees.

Birds could lose their “wild-ness” and become sedentary, mate at the wrong times, and lose their nomadic drive.

For ducks, food could sink at the bottom of ponds, and in turn rot, causing increased levels of bacteria, and diseases.  Bread can ferment in the gut causing bacterial infections.

Kangaroos are designed to eat large amounts of low protein roughage such as native grasses and browse. Human food is a poor substitute with little nutritional value and will disrupt their natural intake. It’s a far cry from their natural foods, such as grasses.
Smaller macropods such as wallabies also eat fungus and insects.

In regard to feeding orphan joeys and young native mammals that cow’s milk is really not appropriate and may lead to fatal diarrhoea.Eating processed foods can cause bony growths toform in wallabies’ jaws (‘lumpy jaw’). This can lead to a slow and painful death

Fruits are not digested easily by ringtail possums, it ferments in the gut and produces vast quantities of gas – death is usually the end result. They should be fed bark, grass and leaves, eucalypt trees being the favourite for both the leaves and flowers, including native fruit and small insects.

Lots of people know that chocolate is poisonous to dogs, but bread causes a lethal jaw disease in wallabies and kangaroos.  When you feed wild animals you’re training them to lose their fear of people. While that might seem fine at first glance, all too often it ends badly.  An ugly minority of people exists, who desire to kill and maim animals sadistically, so then it’s going to serve the animals well to be wary of people. All people. Even the good ones.

Wildlife can still be encouraged to live in or visit gardens or properties by providing and maintaining areas of suitable natural habitat harbouring natural food sources.

If you are interested in attracting native birds to your property, there are a number of other ways you can do this which includes planting locally indigenous plans and providing nest boxes.  Fallen timber provides ideal habitat for a range of insects which provide other local native fauna such as Sugar Gliders with ample food.

Parks and Wildlife: WA Why you should not feed wild animals

Most young native animals are fed using a special formula or specialised diet to accurately replicate their natural diet, as human foods can be very harmful for them. They often need feeding every two hours when they’re tiny, with feeding routines gradually changing over a few weeks or months until they’re weaned.

To find out more about how you can become involved in wildlife care, contact your local rescue group.