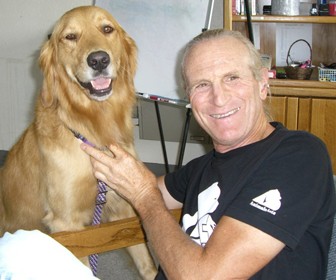 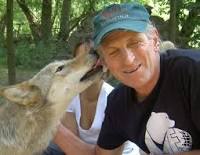 Marc Bekoff Ph.D. Animal Emotions Australia to Kill Goats Using Self-Destructing Dingoes New Zealand plan is to exterminate all introduced predators and other animals July 25, 2016
New Zealand’s comprehensive plans to kill millions of animals challenges conservation psychology and anthrozoology.
How do we react to New Zealand’s plans to kill millions & millions of animals using the most egregious, inhumane methods other than to wish t it were a very bad dream. However, it isn’t, It’s time to make the world aware of their killing ways. My l inbox this AM was overflowing with messages about New Zealand’s plans. It was then I realized it was a real plan supported with a good deal of pride by some New Zealand wildlife “managers” and others. The emails were from professional biologists and other interested and infuriated people from all over the world. What I read was utterly sickening. It wasn’t a bad dream. And, it was in stark and stilling contrast to my previous essay called “United Nations Harmony with Nature Stresses Justice for All.”
“Death row dingoes set to be the environmental saviour of Great Barrier Reef’s Pelorus Island”: Using time bombs to kill dingoes, reads the headline of an ABC news article by Dominque Schwartz (read more about this plan and sickening quotes by the killers here). Her essay begins: A Queensland council is releasing dingoes onto a Great Barrier Reef island to kill feral goats that [sic] are destroying its endangered ecosystem. The four wild dogs, two of which [sic] have already been released on Pelorus Island, will not have a chance to become pests themselves, as they’ve been implanted with a time-activated poison, Hinchinbrook Shire Council said. it turns out that these self-destructing dingoes are being used in sort of a kamikaze-like mission.
This reprehensible plan led by father- son dingo experts Lee & Ben Allen, who take pride in their killing ways. In Ms. Schwartz’s essay we also read some interesting words from  Hinchinbrook Shire Council Mayor Ramon Jayo, namely, “This is nature. The dingo is a predator, the goat is the source of a dingo’s affection, so we believe that, yeah, just put nature together and that’ll sort out the problem.”
Mr. Jayo fails to note that the dingoes are desexed and pre-loaded with a capsule of 1080 poison that will then kill them if they don’t die of natural causes. So, this reprehensible slaughter is hardly putting nature together.  And, to quote the heartless Ben Allen:
“The plan is: dingoes wipe out goats, we come back and humanely shoot those dingoes ’cause they’ll have tracking collars, so we can find out where they go. If for whatever reason we can’t come back and shoot them, well then those little time bombs’ll go off.” (my emphasis)

Of course, Mr. Jayo fails to note that the dingoes are desexed and pre-loaded with a capsule of 1080 poison that will kill them if they don’t die of natural causes. So, this reprehensible slaughter is hardly putting nature together.
It gets worse. Hinchinbrook Council’s Matthew Beckman notes, “Once this island is successful, it will set the platform for many other island managers to follow through and carry out similar projects.” What a deplorable model for youngsters and future conservation biologists. Now for an “exciting”, “ambitious” “world-first” plan from NZ to exterminate all introduced predators
I next learn of another essay by Eleanor Ainge Roy: “No more rats: New Zealand to exterminate all introduced predators.” The subheading reads, “Possums, stoats and other introduced pests to be killed in ‘world-first’ extermination programme unveiled by PM.” Notes Prime Minister John Key, “Our ambition is that by 2050 every single part of NZ will be completely free of rats, stoats and possums.”
We further read, “Existing pest control methods in New Zealand include the controversial and widespread use of 1080 aerial poison drops, trapping and ground baiting, and possum hunting by ground hunters (possum fur has become a vibrant industry in New Zealand, and is used for winter clothing). Emeritus Professor of Conservation Mick Clout from the University of Auckland said he was ‘excited’ by the ‘ambitious plan’ which if achieved would be a ‘remarkable world first'”.
New Zealand youngsters are imprinted on killing animals
You can read all about these exciting and ambitious plans all over the web. And, please keep in mind that this killing mind-set seems to be set in motion early in life as New Zealand youngsters are encouraged to kill wildlife as part of school programs (please see, for example, “New Zealand Kids Kill Possums for Fun and Games” and “Vermin hunt benefits school”).
New Zealand’s killing ways challenge conservation psychology, anthrozoology, and compassionate conservation: Cruelty can’t stand the spotlight
I’ll let people draw their own conclusions on the ethics and ecological impacts of New Zealand’s killing ways (please also see Tony Orman’s “The Self-Poisoning of New Zealand by Name and by Nature” in which he asks, “Why then does New Zealand persist on such an illogical course of ecological insanity?”). However, I do want to emphasize that there clearly is a great need for humane education in New Zealand’s schools.
In addition, the attitudes of the people who advocate killing, using doomed death row dingoes among other inhumane and brutal methods, provide a gold mine for researchers in conservation psychology and anthrozoology, both of which interdisciplinary fields are concerned with human-animal relationships. And, the growing international field of compassionate conservation could also help get the discussion going in non-killing directions (please see, for example, “Compassionate Conservation Meets Cecil the Slain Lion“). Indeed, there is a Centre for Compassionate Conservation at the University of Technology, Sydney.
Mr. Orman also writes, “1080 is a cruel unethical poison – 1080 is a slow acting poison, non-selective, and taking 24 to 48 hours or more to kill an animal – Dogs go through agony in dying from 1080 poison. So do wild deer and farm stock such as horses, cattle and sheep.” He also notes, “1080 by its nature is not just an animal poison – it is an ecosystem poison.” So much for the “claim of ‘clean and green’ used to promote exports.”

Along these lines, what I find utterly astounding and deeply disturbing is the incredibly detached and utterly cold attitude of the people behind the killing, with not a word of compassion, empathy, or sympathy being voiced. I’m glad I’m not their dog.

A few people asked me what they could do and all I could say is that there surely are other places to visit on holidays, and they also could rather easily spread the word globally because, as the late and incredibly passionate animal advocate, Gretchen Wyler, once wisely said, “Cruelty can’t stand the spotlight.” Nor should it.
Note: After writing this essay I learned of another essay titled “New Zealand Grants Human Rights to a Former National Park.”
Marc Bekoff’s latest books are Jasper’s Story: Saving Moon Bears (with Jill Robinson), Ignoring Nature No More: The Case for Compassionate Conservation, Why Dogs Hump and Bees Get Depressed: The Fascinating Science of Animal Intelligence, Emotions, Friendship, and Conservation, Rewilding Our Hearts: Building Pathways of Compassion and Coexistence, and The Jane Effect: Celebrating Jane Goodall (edited with Dale Peterson). The Animals’ Agenda: Freedom, Compassion, and Coexistence in the Human Age (with Jessica Pierce) will be published in early 2017. (Homepage: marcbekoff.com; @MarcBekoff)

Marc Bekoff is a former Professor of Ecology and Evolutionary Biology at the University of Colorado, Boulder, and is a Fellow of the Animal Behavior Society and a past Guggenheim Fellow.