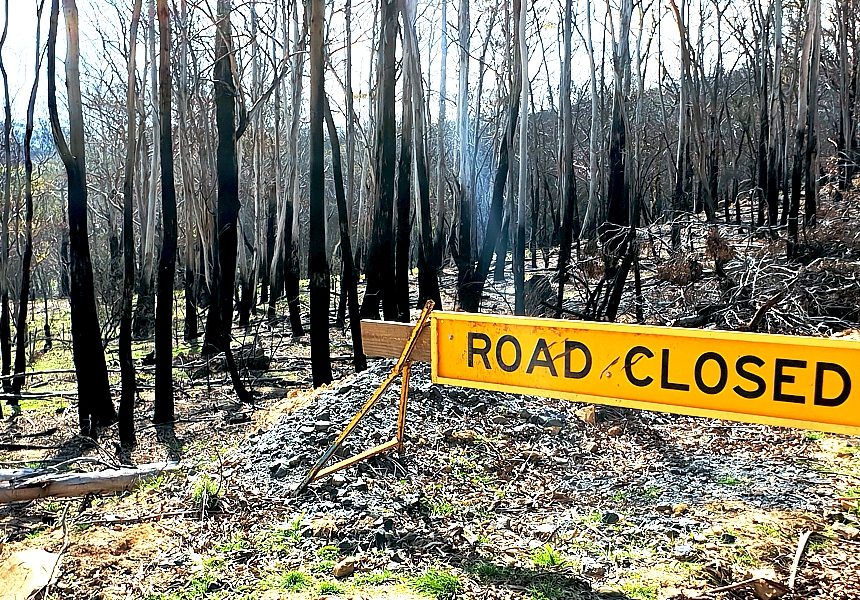 THE RECENT BUSHFIRES in eastern Australia have had an apocalyptic impact on the natural environment and wildlife, as the whole world now knows. What most Australians and overseas wildlife friends don’t know is some of the troubling response by state authorities. 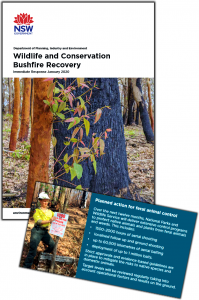 The NSW government has devised a plan called The Wildlife and Conservation Bushfire Recovery Plan put forward by the Department of Planning, Industry and Environment with management by NSW National Parks. Sounds benign and much of it is.

The suffering of some wildlife and the needs of citizen rescuers have been recognised in the plan’s proposed financial assistance to individuals and organisations, as well as with money for food drops and watering stations in areas of inaccessible bushland. Some good recovery actions are planned, see document link below for the department’s ‘Bushfire Recovery Plan’.

But there is a darker side — bringing new pain and death, thanks to Australia’s traditional lethal approach to managing predators and other animals inconvenient to agriculture, or indeed just Australian ideas of wildlife management.

The department’s plan has a list of threatened and vulnerable native animals suffering from habitat loss, scarcity of food and water, and threats of predation by feral animals — including the Mountain Pygmy Possum, the Greater Glider, the White-footed Dunnart, the Stuttering Frog, and some wallabies. Rescue operations are named also for Platypus, Grey-headed flying foxes, Booroolong frogs, genetically important Koalas from the Blue Mountains region, Manning River Helmeted Turtles, Northern Corroboree Frogs. Well and good.

But missing from the check list of animals that the authorities care about are more common species including larger kangaroos and wombats, birds of prey, and the Australian native dog the Dingo. Indeed, the dingo as a ‘wild dog’ and a list of non-native animals are the target of a shooting and poisoning campaign being launched on burned-out parks and reserves for the coming year, ostensibly to save the above threatened species.

The poisoning blizzard has been spun by departmental aides armed with a barrage of statistics as being essential to benefit these vulnerable native animals.

History has made neighbouring landholders more enquiring and worried. One neighbouring landholder, worried for her own rescued animals and companion dogs, told the AWPC she learned from a state worker that the traditional motive for poisoning campaigns — sheep farmers lobbying National Parks to kill canine predators — is also at work here.

It appears that dingos have simply been re-classified as wild dogs for the purposes of baiting which has been par for the course by the government’s Local Land Services for some time.

Animals listed to be killed are dogs, foxes, cats, deer, pigs, goats and rabbits. When broadscale lethal management is on the mind of authorities they reach for the gun and for 1080 poison.

1080 (sodium fluoroacetate) occurs naturally in some plants as a defence. It is considered so nasty a poison against mammals that it has been banned in most countries of the world nowadays and is accused of deleterious effects on a wider range of species beyond mammals. 1080 is used liberally in New Zealand and also in Australia because it is cheap and readily applied being colourless, odourless and tasteless so readily eaten by various species when in appealing baits.

Animals that take in 1080 die a prolonged and agonising death whether directly or as non-target species including scavenging dogs and birds. A “scientific” experiment on the effects of 1080 poison on baited dingoes gave detailed accounts of vomiting, manic behaviour, convulsions and fits over a period of a time from hours to days.

Many landholders have been agonised by a similar death of their pet dogs when living near baited state or private land.

National Parks’ killing plan to run for 12 months, shooting and baiting. One million 1080 baits ready. Who pays and who benefits?

How can dingoes and other carnivorous native animals such as the Spotted Quoll be given any sort of protection in what one official called “core areas” when they have been driven away from their regular habitats by fear, fire and hunger?

The department said in response to questions from Cruttenden:

“Aerial baiting for wild dogs is designed to avoid core remote areas in parks where dingoes cause no harm, allowing dingoes to maintain their ecological function in these areas.

“Scientific research has shown native animals including lace monitors and birds have a high tolerance to 1080. Research has also shown that aerial baiting does not significantly impact quolls populations.

“Aerial baiting will comply with all relevant codes of practice and regulations, and will be informed by a risk assessment. Work will be carried out by an experienced National Parks and Wildlife Service staff team that has been delivering aerial baiting for two decades.”

The responses add more questions and beg for sources of the Quoll research for example. Core areas and harm? Core areas of National Parks were burned as well, so recovering wildlife there no worry with wild dogs?

Cruttenden repeats what other research has found — there are more effective and more humane ways of protecting farmers’ livestock from dingoes and other predatory animals. The apex predator role in nature is another issue.

One sheep farmer we know of uses Alpaca guards and it works. A more holistic farming method includes the whole natural biodiversity from the soil up. Not killing native prey wallabies and kangaroos, or predators has worked on these farms with a balance established.

In defence of the dingo and Australian biodiversity 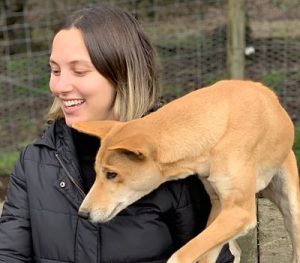 Canus lupus dingo has survived in Australia for thousands of years, is revered by indigenous people as a totem animal, and admired by people who have protected and cared for it in homes and sanctuaries.

The dingo is also highly regarded by scientists and ecologists for its unique qualities and the vital role it plays as apex-predator in the wild.

Dingoes are recognised as a vulnerable species by the International Union for the Conservation of Nature and National Resources, an organisation which has world renowned naturalist David Attenborough as its patron. Estimates of the number of dingoes in the wild vary greatly because of the vast areas to be covered.

Animal eradication plans are among the concerns of the 248 Australian scientists who wrote a letter to the Prime Minister in late 2019 urging strong leadership to arrest the rapid decline in the number of native species and the break-down of  natural eco-systems.