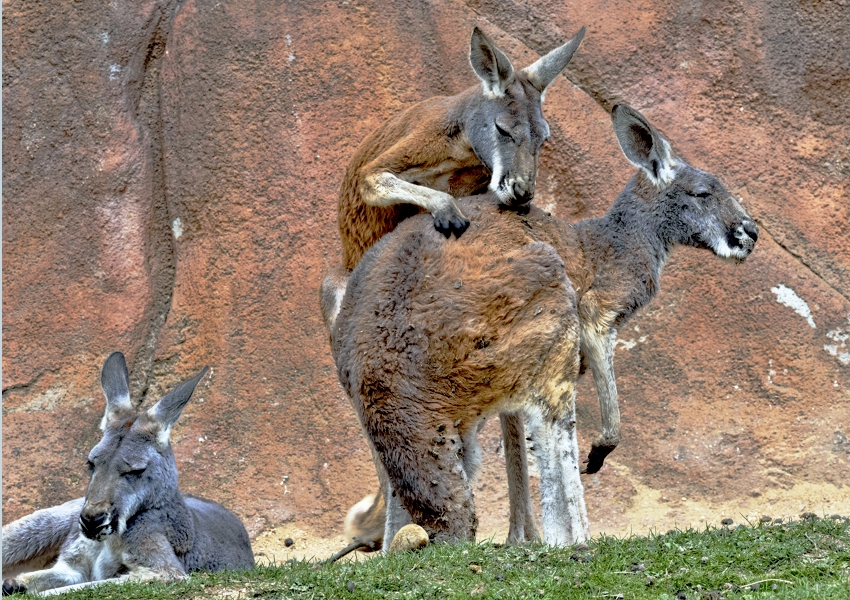 German retailers Kaufland, Real, Lidl, and V-Markt and pet-food manufacturer BEWITAL have agreed to stop selling kangaroo-meat products. The news comes after a joint letter signed by several organisations, including PETA* Germany, informed them about the cruelty inherent in kangaroo hunting in Australia.

In Australia, more than 1.5 million kangaroos are shot every year to make pet food, steaks, and leather products. Hunters shine blinding lights and fire rifles at dusk when kangaroos are grazing peacefully. Then, the injured animals are decapitated or hit sharply on the head before their flesh is butchered and their skin is torn off so it can be exported and made into accessories often labelled as “k-leather”.

Following graphic photos of charred kangaroos and reports that huge swathes of their habitat were decimated by recent bushfires in Australia, putting them under ever-increasing pressure, more and more people are demanding an end to the government-sanctioned slaughter. We’re delighted that these German supermarkets have made the right decision to end their involvement in this barbaric killing.

… CONTINUE READING
By PETA (*People for the Ethical Treatment of Animals), 19 Nov 2020.

Rescued koalas, Jessie and Amelia, return to the wild (NSW) 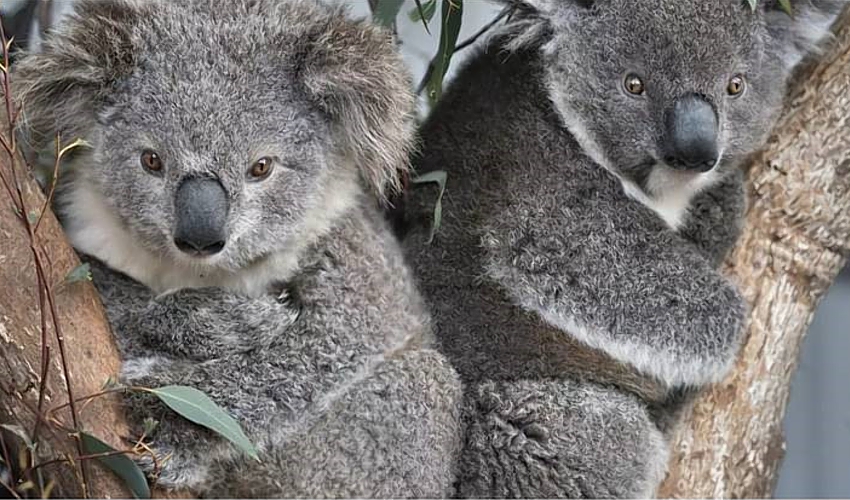 Early in 2020, amidst the devastating bushfires that ravaged Australia, Bear, the USC x IFAW koala detection dog was deployed to Peak View in NSW, at the site of Two Thumbs Wildlife Sanctuary.

The Sanctuary, run by James Fitzgerald, had been destroyed by the Good Good Fire on 23rd January and was dealt a second blow when a firefighting air tanker crashed while trying to protect the sanctuary, killing the three US firefighter crew onboard.The Hercules water bomber (an aircraft filled with water to dump thousands of litres of water and fire retardant on out-of-control blazes) had been deployed in an effort to regain control of the fires at Two Thumbs as the flames were too large to be dealt with by fire trucks.

“When we heard the devastating news of Two Thumbs Wildlife Sanctuary being destroyed this past January, we deployed USC X IFAW’s detection dog, Bear, to help search for survivors” says IFAW’s Josey Sharrad.

Bear and the team visited the area to look for surviving koalas in need of rescue. Using the scent of their fur, Bear located a mother koala and her joey. The koalas, named Jessie and Amelia (pictured above), were brought to the Australian National University, where they received emergency care and embarked on a specialized rehabilitation plan led by Dr. Karen Ford. During a checkup, the team performed an ultrasound and discovered exciting news — Jessie was pregnant! 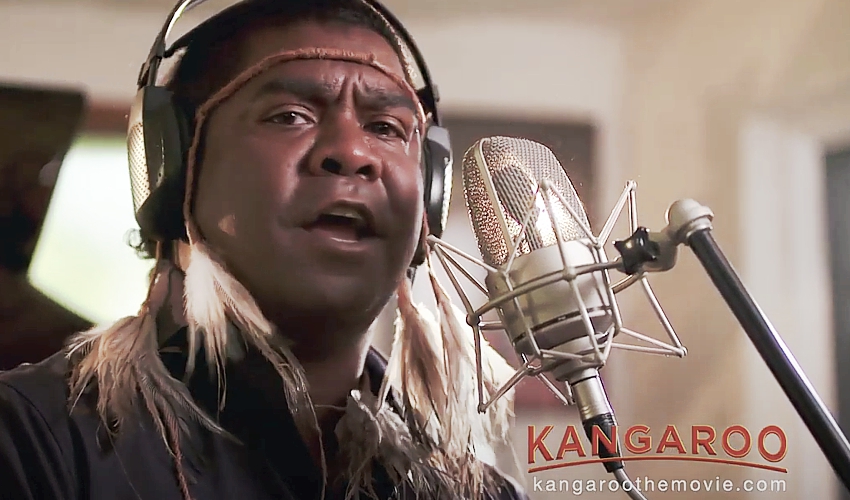 We are thrilled at the success of this song. We couldn’t be happier with our collaboration with David Bridie (seven-time ARIA award-winning songwriter and composer) and Jida Gulpilil proud multi-clan man from Dja Dja Wurrung and Wamba Wamba. PARRA WARIPA is the title track to KANGAROO A Love-Hate Story.

“All over the world audiences are stunned by the beauty of the music and Wemba Wemba language.”
— Kate McIntyre Clere. Co-director of KANGAROO.

PARRA WARIPA (Red Kangaroo) is sung in the Wemba Wemba language, spoken by the Wamba Wamba and Perrepa Perrepa people from the Riverina Region of New South Wales. We are honoured that Parra Waripa has reached #1 on the AMRAP (Australian Music Radio Airplay Project) charts this NAIDOC week.

If you haven’t listened, danced to and shared the song, you better get to it.