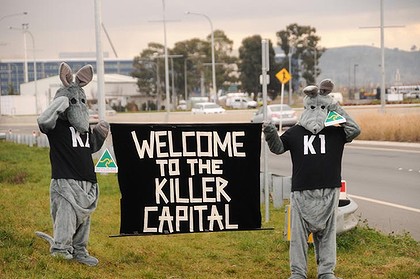 More than 2,600 Kangaroos to be violently slaughtered in 2017, based on what’s condemned by wildlife carers as fraudulent flawed Acts, Plans. and Strategies.

The closures will start from Wednesday, May 17, in Canberra and Googong Foreshores.

This carnage will occur at 12 sites,  closed for what’s ironically, and contradictorily called a “conservation cull”.

These violent killings are not culls, and are not for Conservation purposes. Our Kangaroos being driven to extinction, weakening the species genetically altering our Kangaroos committed by over killing and the infertility programs. 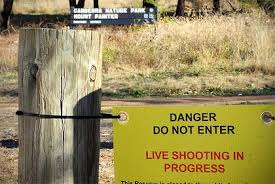 So “nature” doesn’t include native kangaroos?  What’s not “native” about the conservation of kangaroos?  Eastern Grey Kangaroos (EGK) are now maligned as a threat to Nature, and on the level of feral, invasive species?

The closures will start from Wednesday, May 17, in Canberra and Googong Foreshores.

“The conservation cull… is needed to protect biodiversity and maintain populations at appropriate levels to minimise impacts on other flora and fauna in critical grassland and woodland sites,” Director of parks and conservation Daniel Iglesias says.  He says that the “culling of overabundant kangaroos is currently the most humane method of population control available to the ACT Government as a responsible land manager…”.

So according to park manager, Iglesias, employed by the ACT government, EGK are not part of our nation’s biodiversity, and are NOT part of our flora and fauna – they only “impact” on it and destroy it?

Just what empirical evidence supports his assumption that the kangaroos are “over abundant”?  In a report and map prepared by field ecologist Ray Mjadwesch in 2013, Professor Garlick said eastern grey kangaroos were already gone from 26.6 per cent of the territory because of urban land use, and a further 29.9 per cent of the animals were under pressure.

Literature written by ecologist Dan Ramp (University of NSW) describes the importance of kangaroos in protecting threatened and endangered species from decline:-

‘Native herbivores such as kangaroos and wombats, play a vital role in ecosystem functioning but are often victimized and treated with lack of concern because of socio-political factors and historical value judgements rather than heeding biological and ecological information.’

According to Lady Nora Preston, Western Creek, (Wildlife Carers Group Inc)  the Animal Welfare and Management Strategy 2017-2022 should protect all animals, and recognise  animals as being sentient beings.  It’s contradictory with regards to:

3. the violent Code of Practice,

4. the Ethics Committee that allows violence and suffering

10. their accusation is that the  2005 Lowland Grassland Conservation Strategy is all based on (allegedly) fraudulent reports on the Eastern Grey Kangaroos, etc.

There’s a difference between the science of zoology, conservation, environmental science and being a park-ranger manager!  Management of a park, or Nature reserve, clearly is not based on promoting natural systems, or supporting flora and fauna.  Rather it is based  on manipulating what governments dictate and then wrapping the policies in neat, environmental-language to make it sound like legitimate “conservation”.  No doubt the real motive for this “conservation cull” of native kangaroos is not about protecting other species, or grasslands, but a more prosaic way of limiting vehicle accidents, and releasing more land for urban sprawl!

This so-called “conservation cull” is human-based, and it’s “junk science” to fit what’s already deemed a fact that there’s an “over-abundance” of kangaroos in the ACT – once called the Bush Capital!

Once land is “vacant”, and devoid, of the more obvious native animals – kangaroos- then it’s seemingly barren, only suitable for “development”  – aka urban sprawl.

The area below is called Lawson,  and is a ‘land development site‘.  It covers the entire naval base. So much for the government’s worry about vulnerable species being in this area – which is the same reason they gave why the kangaroos had to be killed. 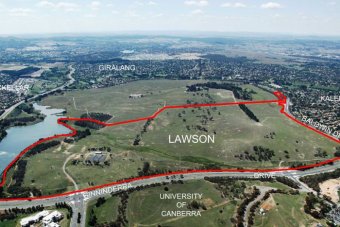 Out of 41 Submissions that were received, 31 Submissions opposed this Eastern Grey Kangaroos Draft Controlled Native Species Management Plan, and only 10 Submissions supported this Plan. A good enough reason NOT to go ahead with this Plan and to abolish it.  So why have these “submissions” matter at all if they have already decided that maligned policy of “culling”? 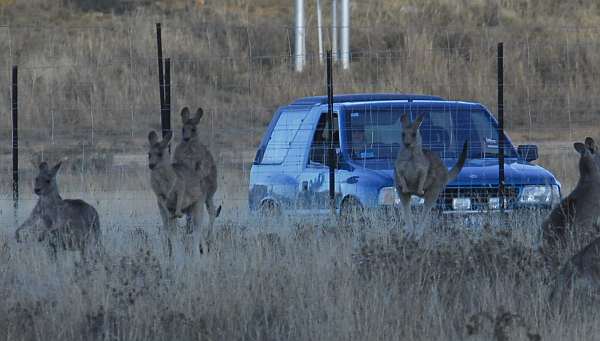