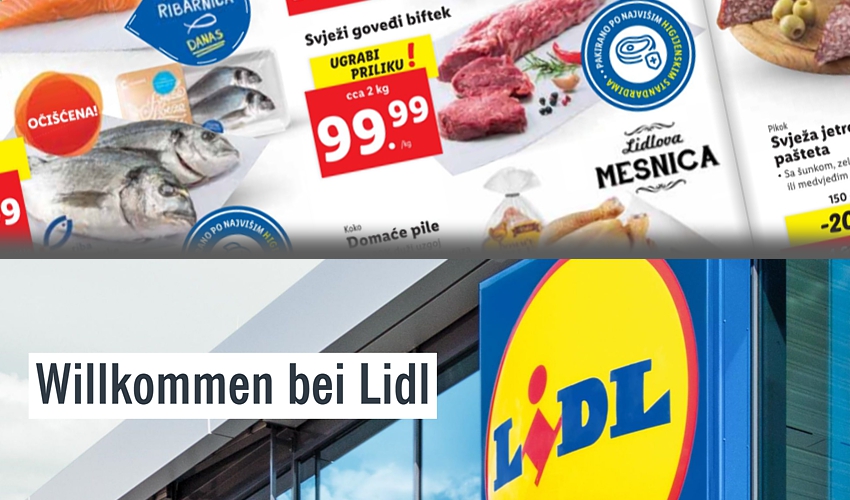 Sime Validzic is a long-term member of the AWPC and a generous donor to the cause of providing a voice for wildlife. Sime lived in Australia from 1970 to 1992 and returned to his country of origin because in his words: I did not wish to be part of a country in which there is large-scale destruction of natural habitats, logging of forests and extermination of native animals.

So, it was very alarming (for Sime) to discover recently that Lidl was selling kangaroo meat in in Croatia. He contacted the supermarket, and it is with his permission that AWPC is publishing his letter to Lidl. If you have family or other connections with this beautiful country, please also consider adding your objections.

Kangaroos and other native animals do not exist just to be killed by humans, but they have an intrinsic value and should be able to live in their homeland as they have done for millions of years.

Drought and the fires across Australia in early 2020 have devastated populations of kangaroos and other native animals. An estimated 1 billion vertebrate animals have died. It is unacceptable that kangaroos who survived the fires may now be killed for meat.

Killing kangaroos is cruel. Kangaroos are shot at night in the remote outback where nobody can monitor the shooting. The national ‘Code of Practice for the humane killing of kangaroos’ is voluntary and there are no penalties for not complying. Adult kangaroos are shot and dragged to trucks, struggling and still conscious. Some are still alive when their leg is cut open, a large hook inserted through the gash, and they are hauled up onto the truck. Their throats are slit and they bleed to death. Baby joeys are killed after their mothers are shot. The method of killing these baby animals is to chop off their head with an axe, or for them to receive a blow to the head with a heavy blunt instrument. Female kangaroos often have a joey who no longer lives in the pouch but still needs its mother for milk and protection from predation and to learn life skills. When a shooter intrudes on a family unit and shoots the mother, this joey hops away frightened and will die a slow death due to starvation, capture by a predator or being eaten by ants.

Kangaroo shooters kill the largest and physically superior individuals first since they are paid per kilogram. Over time, this weakens the population structure so much so that a smaller, genetically weaker species remains, which reduces its survival ability and strength. Killing kangaroos destroys the social group and causes suffering to the surviving members.

Killing kangaroos is unsustainable. Populations are estimated by flying aircraft over transect grid lines and then multiplying the number of counted kangaroos by various correction factors. Only a third of the area is counted each year, on a rotational basis. Kangaroos are mobile animals, but the count may be spread over three years. This means that an animal can be counted twice; hence it is possible to overestimate the population and therefore any quotas for killing purposes.

Six kangaroo species are already extinct with 17 more species listed as endangered or vulnerable. Australia has the worst record in the world when it comes to animal and plant species extinctions. The kangaroo slaughter is the largest massacre of wild land animals ever to take place in the world, like the massacre of the American bison at the end of the 19th century.

Kangaroo meat is not a healthy alternative to other meats due to contamination. That happens quite often due to the way kangaroos are processed in the wild. The shooter is not trained, nor does he have the ability to cleanly gut the kangaroo after spending a night shooting. Carcasses often contain worms and they are left wide open to contamination. That happens at temperatures which promote bacteria and pathogen growth. The chillers have been shown to be unreliable when it comes to keeping temperatures low enough to kill bacteria. Swab results revealed contamination of carcasses with the bacteria E. coli, Streptococcus and Staphylococcus.

Indigenous Australian Elders oppose the commercial killing of kangaroos and other native animals. Although Indigenous Australians hunted kangaroos in the past, there is no excuse to do it today because the present human population of Australia is about 100 times larger than it was before the white colonization.

Kangaroos could never replace more than a small percentage of present meat consumption because it would be necessary to kill the entire population of kangaroos in a single year for that. However, the healthiest and most sustainable solution is to replace meat with vegan food made from raw materials that are grown in Europe.

Offering kangaroo meat may attract a small number of customers but it will turn away many others who care about native animals.

I hope that you end your involvement in the slaughter of the native animals and stop selling kangaroo meat.