Killing for kicks in Victoria off again. Call the premier.

THE VIC LABOR government sounded another death knell for our beautiful native waterbirds. A five-week duck shooting season commencing May 2 and ending June 8 with a three-bird daily bag limit was announced today.

You’d think enough of our wildlife would have perished recently but apparently the bloodthirsty fetishes of just 0.02% of Victorians who ‘kill for kicks’ are more important to Labor than the preservation of our seriously diminished numbers of native waterbirds.

Thank you to everyone who tried to stop this tragedy. It is devastating that they didn’t listen to your many letters, phone calls and newspaper items. Attached are some of the most recent letters.

But we aren’t going away. This is a disappointment but we must stay strong for the birds because this abomination and blight on our society must, and will be stopped.

After 34 years of campaigning, we will keep fighting as hard as ever until duck shooting is banned. [Link to our media release.]

Online registration to attend duck rescue will be available in late March.

Meanwhile though, please phone Premier Andrews on 03 9651 5000 and tell him how disgusted you are. Then email Environment Minister Lily D’Ambrosio and thank her for trying to stop the duck season. Tell her how devastated you are and so disappointed in Labor. 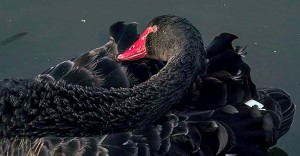 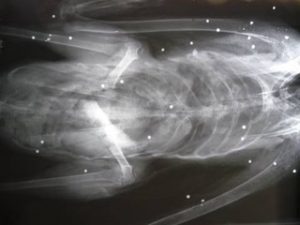 How the world is viewing Australia

Dear friends [of avaaz] across the world,

Hell on earth looks a lot like Australia right now. The fires are so big they are generating their own lightning — and they’ve killed more than a **BILLION** animals!

A billion! It’s a wildlife holocaust!! Thousands of koalas have been roasted alive in the trees, while rare flying foxes are falling dead from the sky. Even worse, this nightmare could be a glimpse of our whole planet’s future if we don’t urgently tackle the climate crisis that caused it.

Even as their country burns, Australia’s leaders are denying climate change and trying to derail global action to reduce carbon pollution. We can’t let them win. So we’ll also bring all of our movement’s campaigning magic to face down blockers in Australia and all over the world ahead of crucial global climate talks later this year.

This is urgent — give what you can to help beat back Australia’s biodiversity apocalypse and spark the climate revolution our planet needs!

Can you imagine how brave you must be to run into the flames to save terrified animals? Across Australia, heroic wildlife rescuers are working against the clock to save animals from this catastrophe.

But to really make their heroism count, we must spark change in Australia — and that means taking on the powerful climate deniers who have the government in their grip. Right now, they’re flooding Australia with fake news to play down the link to climate change, but as deadly fires blaze through homes, businesses and schools, killing dozens and wrecking people’s lives, Australia’s leaders are under pressure like never before.

This is personal for me. My brother lives in Australia, and I want my precocious, curious young nephews to grow up looking for koalas up in the treetops, and not just hearing about them in the history books. I hope they’ll be able to look out over the ocean, without choking on ash. And I’d love them to hear stories about a time when the world came together to defend their country’s splendid natural beauty — a moment that was both a global wake-up call and a tipping point toward building the healthier, more sustainable world we all want.

With hope, love and lots of grit,

The world loves kangaroos and koalas. Now we are watching them die in droves (The Guardian)

Something else is out of control in Australia: climate disaster denialism
(The Guardian)

The viral false claim that nearly 200 arsonists are behind the Australia fires, explained
(Vox)

Avaaz is seeking donations for post wildfire support with this edited post. There are many good organisations seeking donations and pledging support, so we are not going to boost one over the others, but consider your state and local wildlife rescue groups and also Humane Society International which pledges to help carers rebuild. And AWPC for campaigns in 2020 for respect and sharing with our wildlife.

An update from film-maker Mick McIntyre

IN THE MIDST of the tragedy unfolding around us I wanted to send some good news.

As you know when we toured Europe with (the movie) KANGAROO a Love Hate story we engaged some fantastic NGO’s to work on a kangaroo campaign.

Well the resulting campaigns in Europe are running fast. Here are some recent victories.

— The campaign is run by Gaia.be

Plus there is currently work going on in the Belgian parliament.

— The campaign is run by LAV.IT

The campaign is now focusing on other big brands such as LOTTO.

Plus there is currently work going on in the Italian parliament.

— The campaign is being run by The Bridget Bardot Foundation

— The campaign is b being run by Pro Wildlife and Tierschutzakademie.

— The campaign is being coordinated by the EUROGROUP FOR ANIMALS.

As you can imagine these victories are big steps into stopping the trade of all kangaroo products into Europe.

A huge thanks to Dror Ben Ami for all his work on this Europe campaign — and everyone else involved.

We have been making videos for the Europe campaign (big thanks to Greg and Dianne).

You can see them on KANGAROOSALIVE.ORG