HERE’S WHAT WE HAVE BEEN UP TO SINCE FEBRUARY 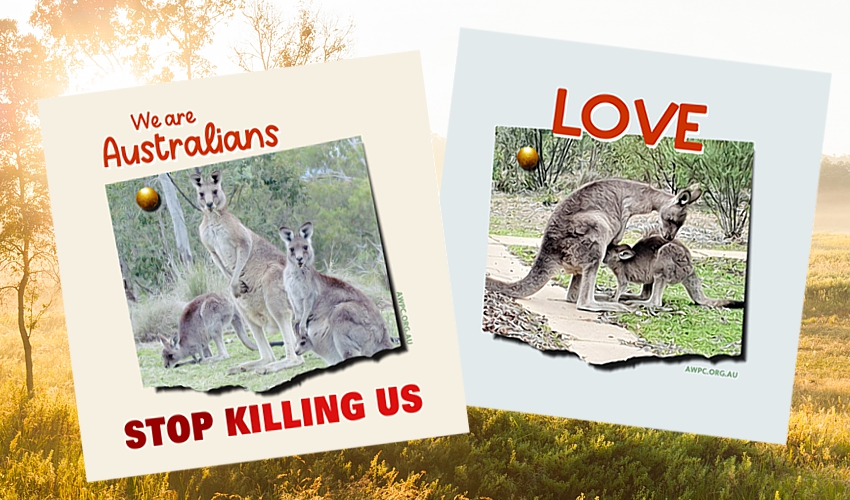 WITH THE WORLD now topsy-turvey and distressed in the grip of COVID-19 (not unrelated to human abuse of wildlife), we firstly wish all AWPC members to stay safe and hold our governments responsible for support through this pandemic. And here is a summary report on activities this quarter.

We’ve sent out the annual membership renewal notice (this section). We need your help, and commitment to rebuild the AWPC and conduct positive national campaigns in the next year. Post fire and with the ongoing government destruction policies (some of which cited on this website, sadly), the surviving wildlife needs us more than ever.

In the next year a goal is to build on this year’s awareness raising and lobbying against wildlife destruction with some positive campaigns. Some ideas include: a model for ecotourism with Indigenous communities; liaising with regenerative agriculture to show how respecting native biodiversity is a winning formula; reviving our education and publishing arm. We continue to campaign and also support international campaigns for Australia’s most persecuted native animal — Skippy the bush kangaroo and international tourist icon.

AWPC can take a strong part in rebuilding to a smarter, less colonial, more life-affirming political economy as we continue to face the twin existential threats of climate change and biodiversity loss. Let’s aim for that. 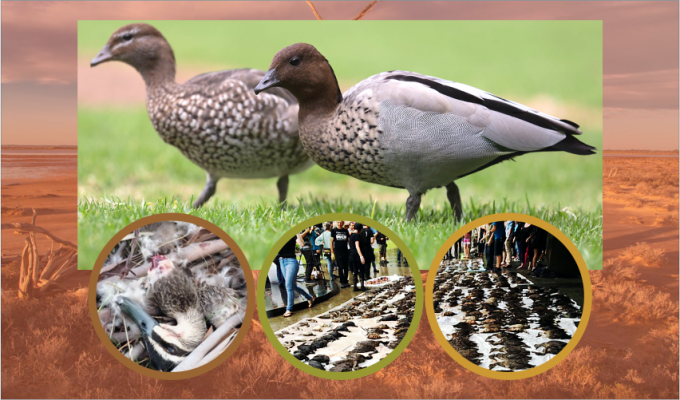 Since the beginning of the year, the AWPC committee (Peter Hylands, Chris Lehmann, Carmen Ryan, Maria Taylor), has been re-establishing an operating base, including the website here and a social media presence. As well, committee members have:

•  Lobbied governments in Victoria, ACT and South Australia, particularly on the disgraceful government continuance post bushfires of commercial and non-commercial kangaroo killing that continues unabated. Persecution of other common species including wombats, dingos, flying foxes, and native bird hunting has also been a focus of AWPC lobbying, letters and awareness raising.

AWPC works in tandem with progressive politicians particularly AJP and some Greens for greater impact. AWPC also prioritises working with other wildlife groups on any localised or national issue. There is strength in unity.

•  Supported — ie with listening and resources, contacts, media — people who have contacted us usually from rural communities. Often it has been distress at government programs including aerial baiting with 1080 poison throughout NSW public lands, and localised kangaroo killing in Victoria or concerns this is planned.

•  Made AWPC submissions to reviews of the Environmental Protection Biodiversity Conservation (EPBC) Act; to the Parliament Enquiry into the Extinction Crisis in Victoria; to the National Code of Practice for the Shooting of Kangaroos and Wallabies for commercial purposes. Submission are available at the submission archive on the website top bar.

•  Developed a pilot social media campaign on AWPC facebook and Instagram aimed at speaking directly to the public. The campaign trialed the use of memes (main imagery above). The targets were the Canberra ACT kangaroo killing campaign in late June and July.

A short trial also focused on discouraging consumption for people or pets of Australia’s own variety of bushmeat, kangaroo meat — brought to us by a commercial industry. The memes received a lot of public take-up and are proving their use for awareness-raising and political pushback.

•  Worked with the US Centre for a Humane Economy to publicise their campaign exposing how the California ban on the import and sale of kangaroo body parts is being flouted. In this case the law has been broken by international sports shoe brands’ use of kangaroo leather for athletic shoes. Story is/will be appearing on this website for your information.

•  Travelled through and filed the AWPC archives. This has underscored 50 years of dedicated wildlife work by previous AWPC committees, campaigners and supportive Australians. The archive has yielded documentary evidence for my (Maria Taylor) soon-to-be published book on Australia’s colonial and embedded culture towards the country’s wildlife, and its deadly legacy — told through words and stories of heroes for the voiceless. 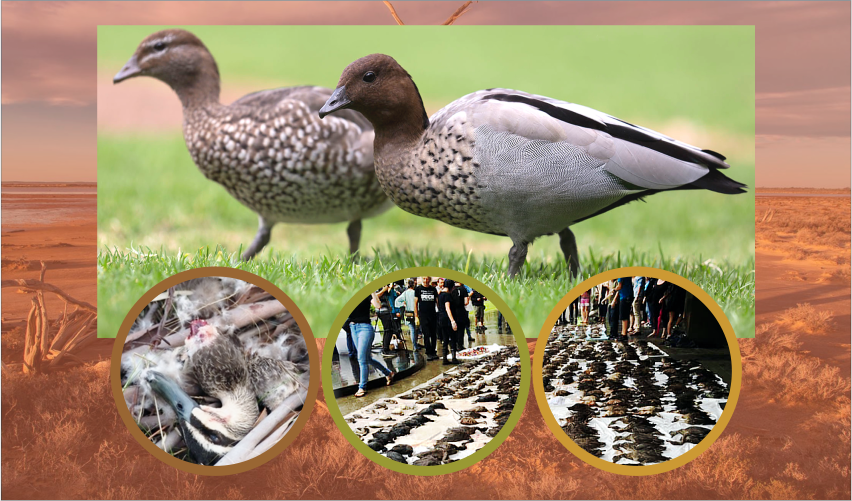 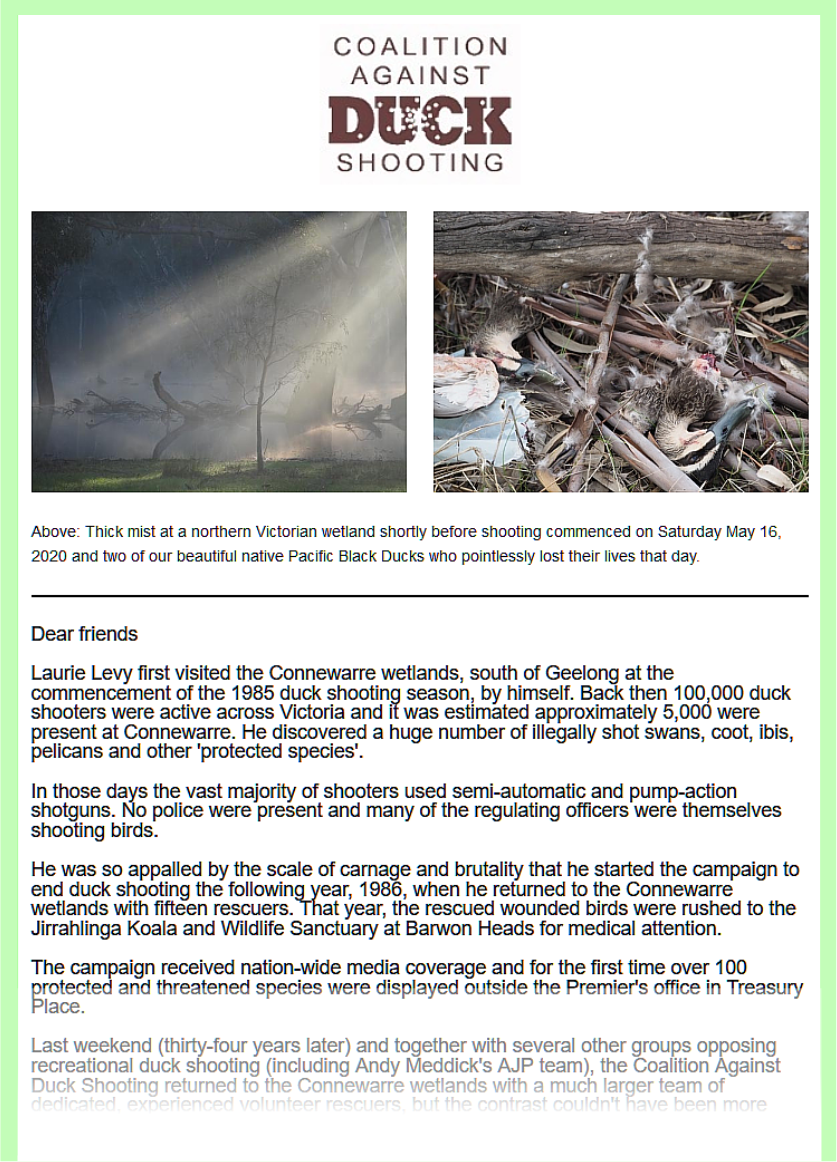