On 26 October, the Andrews Government announced a ‘bounty’ system—members of the public will now be offered a reward of $120 for every dingo or wild dog killed.  There is deep concern over the impact of a bounty on Victoria’s threatened dingo populations, as well as potentially counterproductive impacts on livestock protection.
Dingoes and wild dogs were previously targeted strategically—in areas where farmers were experiencing stock loss problems. In contrast, the bounty system applies to very large areas—over half of the relevant public land in eastern Victoria is subject to the bounty—regardless of whether livestock protection is required.

The potential impacts of a bounty program are acknowledged, with departmental terms and conditions recognising:

-Dingoes often occur in areas inhabited by wild dogs, appear morphologically similar to wild dogs and are extremely difficult to differentiate from wild dogs. This means that wild dog control programs have the potential to directly impact on dingoes[i].

-The key issue is poorly informed members of the public unnecessarily killing dingoes and dingo hybrids and subsequent disruption of pack structures—believed to result in changes to territorial boundaries and increased risk of hybridisation and stock loss.

-The bounty system is fundamentally out-of-step with our changing understanding of the place of the dingo in the Australian landscape.
Historically, farmers viewed the dingo simply as a pest responsible for stock loss and associated financial and emotional stress. This perception was reflected in government regulations, where the dingo was classified as a pest to be killed or controlled across both public and private land.

More recently, understanding and evidence has grown to recognise the dingo as a top order predator in the Australian environment, providing an overall benefit to biodiversity and ecosystem function [ii]. Research indicates that dingoes can reduce fox and cat numbers, resulting in stronger, healthier populations of small native mammals, as well as regulating kangaroo numbers and their impact on native vegetation. 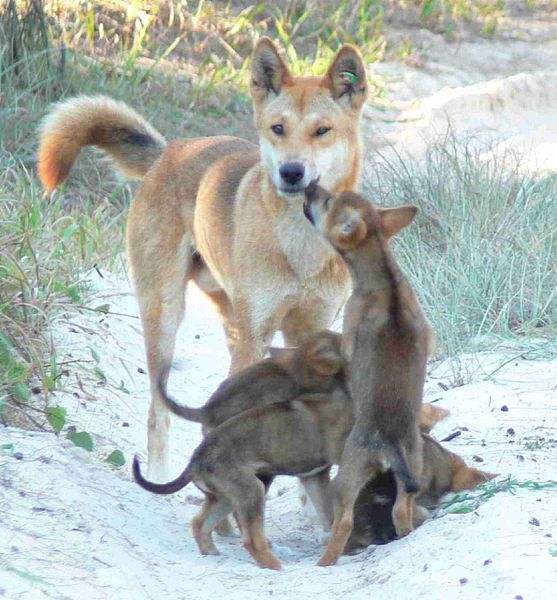 In 2008, the Victorian Labor Government listed the dingo as threatened. In consultation with a variety of stakeholders, the government catalysed a re-framing of the dingo’s place in Victorian ecosystems and set out a path to balance dingo conservation requirements and stock protection. This decision reflected a growing appreciation around the globe of the role of top predators in the environment, such as the reintroduction of the grey wolf to Yellowstone National Park in the United States [iii].
Then, in a damaging policy development, the subsequent Coalition Government introduced a bounty scheme on dingoes and wild dogs. The bounty was in place from 2011 to 2015, when a re-elected Labor Government abolished the bounty.
And now, in October 2016, we find the Minister for Agriculture, Jaala Pulford, reintroducing a dingo and wild dog bounty scheme. It is highly concerning the Environment Minister, Lily D’Ambrosio, who has responsibilities towards the conservation of Victoria’s dingoes, has not yet been seen on this issue.

It now appears the Andrews Government has lost its way, and is taking a regressive step towards failure for both dingo conservation and a balanced resolution of conservation and farming interests.
More information
https://theconversation.com/why-victorias-dingo-and-wild-dog-bounty-is-doomed-to-miss-its-target-66980
http://www.premier.vic.gov.au/new-advisory-group-on-wild-dogs-bigger-bounty/