My response to “LOOKING AFTER THE BUSH: ECOSYSTEMS NEED PREDATORS” By Hans Brunner 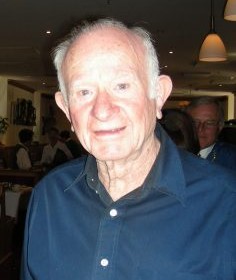 Dr. Jeff Yugovic, a highly respected botanist, insists that “Ecosystems need predators”, as he is seriously concerned that the browsing by ring-tail possums threatens to destroys all of the tree canopies on the Mornington Peninsula and declares it to be a looming disaster. He states in his draft “that there is a “possum plague” and tree health has seriously deteriorated”. He is also concerned that swamp rats are devastating orchid colonies which coincides with intensive fox and cat control, hence, his message, “Ecosystems need predators”. This statement was true before white man arrived on the peninsula. But now, after the original ecosystem has been severely fragmented into small and isolated and mostly weed infested reserves and where the native predators have been replaced by dog, foxes and cats, the true function of the original ecosystem has now been adversely altered.

In a study: “Survey of Tree Die-back on the Mornington Peninsula, Vic.

(School of Forest Ecosystems Science, Heidelberg, 2006)” seven reserves were examined for the causes of tree die-back.

* Climate change with more hotter and longer heatwaves and longer periods of droughts.

* Suitability of soil types and altered water tables especially in built up areas.

Of the above seven reserves examined in only one, Mt Martha Park, was possum browsing mentioned and subsequent banding of trees recommended.

In all of the other reserves, tree die-back was only associated with a combination of all the above causes. (*my additions) In spite of this, Jeff still insists that beside possums browsing “ Other forms of tree fatalities are minor”

It is therefore important to consider all of these factors that contribute to tree die-back, and not just blame the ring-tail possums? If we want to prevent tree die-back we surely have to seriously consider all of the factors that will cause it. One other of these reasons is the smothering and killing of trees by the exotic Ivy and several other tree-climbers. I have observed this on many dead trees, especially in the Sweetwater Creek area.

Possums have evolved with trees and are part of the natural ecosystem. If they kill all the trees, they will kill themselves. I therefore don’t believe that there are too many possums and that they will be the only threat to all of the trees on the peninsula. Proper surveys to study all the causes of tree death are needed to clear this up.

The concern that the Mornington Council is putting too much effort into fox and cat control, and that this is “head and shoulder above the rest of the State” must be for good reasons and should therefore not be regarded as a problem. Dogs, foxes and cats do kill a lot of all types of native wildlife!

The numbers of swamp rats naturally fluctuate but, due to predation by foxes and cats, large colonies of swamp rats have of late been lost in many isolated reserves (personal observation) so that they are definitely not overabundant. As to the loss of orchids due to swamp rats, orchids grow manly in open areas while swamp rats live in dense ground cover of gahnia where orchids are not doing well. All species of orchids have survived in the presence of swamp rats for thousands of years, so what has changed? Have contents of scats from swamp rats ever been examined for remains of orchid bulbs in order to proof that they are the actual culprit or the only one? Science please.

As to the effects of the original native predators, to which there is so much reference, here is what was described by some of the early settlers on the Mornington Peninsula in “The men who blazed the track”

“Kangaroos were formerly so plentiful that they resembled flocks of sheep. At Sandy Point they erected yards for a big kangaroo drive. Messrs Clark, White, Benton and others got 1500 in the first drive. ….. In the last drive they got 800 kangaroos. On the plain they were in thousands as also were the possums. One night they shot 95 possums in two hours. Bandicoots and goannas were also very numerous.”

And yet, there was a full compliment of native predators.

There were lots of dingoes as the top predator as well as Tasmanian devils, two species of quolls and large goannas as meso-predators and several species of birds of prey while the eastern quoll was the most commonest animal observed. This was the original, natural balance of a predators and prey relationship in the ORIGINAL and UNDISTURBED environment which was described as teaming with wildlife.

In contrast, since dogs, foxes and cats were introduced and the wildlife habitat on the Mornington Peninsula now fragmented and reduced by 82%, at least nine species of mammals have already become extinct on the peninsula including the nationally endangered southern brown bandicoot while many other species are critically endangered and the rest remain only in relatively small numbers. The present combination of the impacts by man, by predation, by heatwaves during which thousands of possums die, and through habitat loss and further isolation of habitat, it continues to decimate our wildlife including possums and swamp rats.

To give more freedom to foxes and cats will only exacerbate this tragic loss. In my research in the diet of foxes, ring-tails occurred only in 11% of scats while 89% of the rest of their diet contained mostly remains of endangered native mammals and birds. This does surely not justify the use of more foxes for the possible reduction of ring-tails.

In the Frankston City News, they reported: “Pet cats kill an estimated 600.000 animals each year including sugar gliders and ring-tail possums. Cats also impact heavily on frogs and lizards, This alarming figure does not include wildlife killed by feral cats. A feral cat kills between 5-30 animals each night”. Adding the predation by foxes exacerbates this disaster and could at least double these losses. Why then is it so urgent in this situation that “Ecosystems need predators” and especially so on our depleted peninsula. I believe that our wildlife needs urgent protection from predators instead.

It is not only predation by foxes and cats that is a concern. Foxes also spread the seeds of blackberry and bone-seed as well as the disease of mange, while cats disperse the disease called Toxoplasmosis which causes death to many native mammals. Thankfully, Jeff has mentioned some of this as well.

We should also not forget that ring-tail and brush-tail possums are an important and staple source of food for the locally endangered powerful owl.

If there is such a concerned that possum browsing will destroy all of the tree canopies and that swamp rats destroy orchids, it would be useful to have a clear and detailed action plan as to what exactly should be done and especially what type of predators we seem to need and how and where they should be employed. This was not spelled out clearly. I hope it does not also include the removal of under-story vegetation in order to provide easier access to ring-tail possums by foxes and cats as this would exacerbate the loss of even more native mammals, insects, birds and reptiles. It could, of course, provide extra habitat for swamp rats. 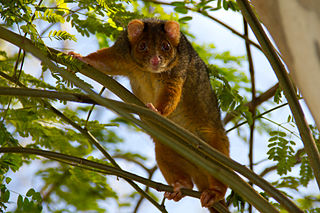 However, this is the way it should remain: In “The men who blazed the track” they stated that “The land was then very heavily timbered , the trees being so densely grown that possums could run from tree to tree. Captain Balmain’s paddocks were then very thickly wooded. At Sandy Point you could not see daylight through the dense foliage” also, “There were hundreds of trees to the acre” and, “They hunted in the thick scrub”. So, why should we now suddenly have to remove the under-story when these trees were so healthy IN SPITE OF LOTS OF POSSUMS!!!!

If there is such a concern about the loss of trees on the peninsula through possum browsing, Jeff should instead recommend to have all of the thousands of pine trees replaced on the peninsula with types of eucalyptus trees, that are not too palatable for ring-tail possums. 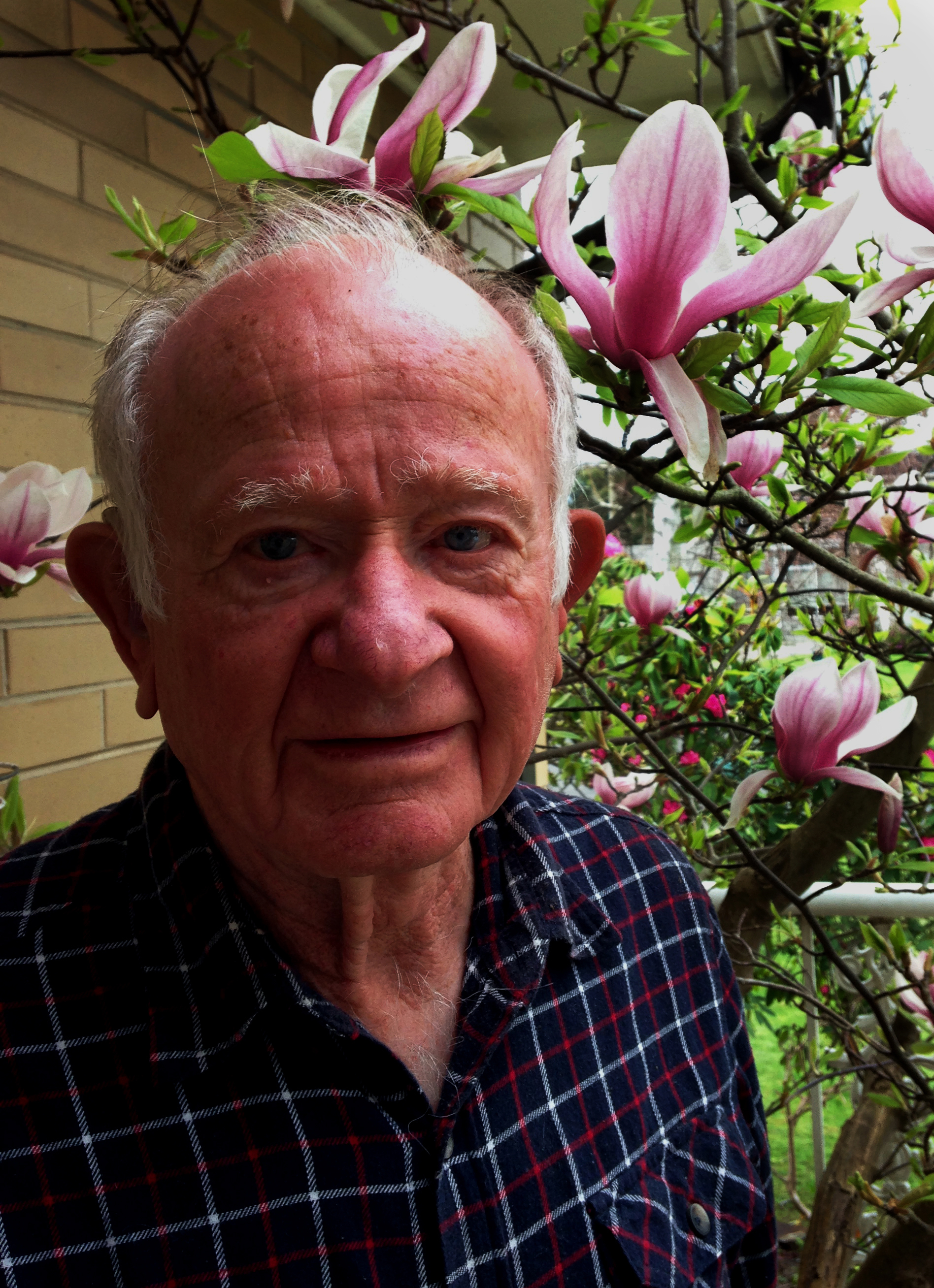