The country’s flora and fauna draws millions of tourists from around the world. But scientists say Australia’s native species are under threat of extinction.

20 per cent of mammals and many more plant species are under threat. And scientists fear much of the country’s unique flora and fauna may not be around for future generations. Habitat loss, hunting and changes in fire regimes have contributed to the decline, with invasive species considered a primary ongoing threat.

A major bush conservation plan has been launched to help save native animals and plants under threat of extinction.

For example, Queensland School of Agriculture and Food Sciences Ecology Lecturer and PhD candidate Rebecca Diete said population estimates of some of Australia’s most elusive native animals often relied on indirect and potentially inaccurate measures. A tiny mammal, the endangered hopping mouse, could be closer to the brink of extinction than previously thought. Diete found that population estimates have relied on counting spoil heaps – the piles of sand left behind when the mouse digs burrows. However, she discovered that some spoil heaps believed to belong to the northern hopping mouse were made by a different animal – the delicate mouse (Pseudomys delicatulus). “Estimates of hopping mouse numbers made only from spoil heap assessments could be much higher than the reality,” she said.

Since 1991, Bush Heritage Australia has applied a proven, practical approach to conserving Australia’s environment and unique plants and animals. One in five of Australia’s surviving mammals and 12% of Australia’s birds are now threatened with extinction. There remains an estimated shortfall of 70 million hectares of habitat across Australia (WWF, 2013) to secure a comprehensive, adequate and representative national reserve system.

This alone will not be enough. BHA believe we also require more effective management in need of protection of the extensive and pervasive threats impacting the viability of native animals, plants and ecosystems.

This ten-year Science Plan aims to build sustainable research partnerships in each state and territory and double the number of collaborative research projects we undertake by 2025. Their research will be focused on six flagship research themes, each pivotal to our work, and which address key biodiversity conservation issues in Australia.

African lovegrass is a weed which dominates the heavily cultivated soils of Scottsdale Reserve, a former grazing property 75 kilometres south of Canberra. Few trees have survived decades of farming. Instead it’s the introduced thistles with their dried, discoloured flowers which stand tall.

In some countries African lovegrass is regarded as valuable for animal production and soil conservation but in others, such as Australia, it is regarded as a weed due to its low feed quality and acceptance by livestock.

Bush Heritage Australia started rehabilitating the land after purchasing the 1328-hectare property in 2006. Scottsdale Reserve was the launch site (8th April, 2015) for an ambitious project to study the reasons behind Australia’s massive rate of biodiversity loss. Australian National University ecologist Dr David Freudenberger is among 50 scientists collaborating on the project. “Scottsdale Reserve is a living classroom for my students, at understanding the challenges of restoring the grassy woodland,” he said.

The existing long-term research project on Scottsdale Reserve involves restoring grassy eucalypt woodlands. They engaged 500 volunteers, who hand-planted native shrubs and trees in one of the largest woodland restoration efforts in the nation. 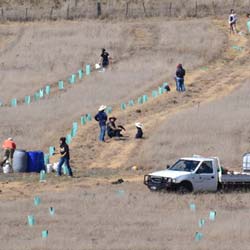 Dr Jim Radford, science and research manager at Bush Heritage Australia said native mammals, such as bilbies, bettongs, bandicoots and gliders, are in an “absolutely dire” situation. One key priority is adding up to 70 million extra hectares to Australia’s national parks and reserve system. 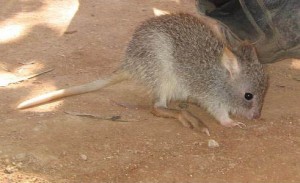 The Bush Heritage Science Plan aims to double their science and research output by 2025 through building sustainable long-term research partnerships and doubling the number of collaborative research projects they undertake. Funding will be through scholarships, grants and internships. As part of the plan, 50 scientists from 15 universities across the country will collaborate on 55 conservation projects, and they hope to raise $20 million to fund it.

$20 million in Treasury terms is very small, and is minute compared to infrastructure spending on our own habitats, and what’s spent to propagate our own species! Donating and participating in this Science Plan is an investment into our natural heritage, and ensure that future generations are condemned to only seeing once common native species in museums, or in zoos!