Mass destruction of Native Wildlife is imminent in Sydney 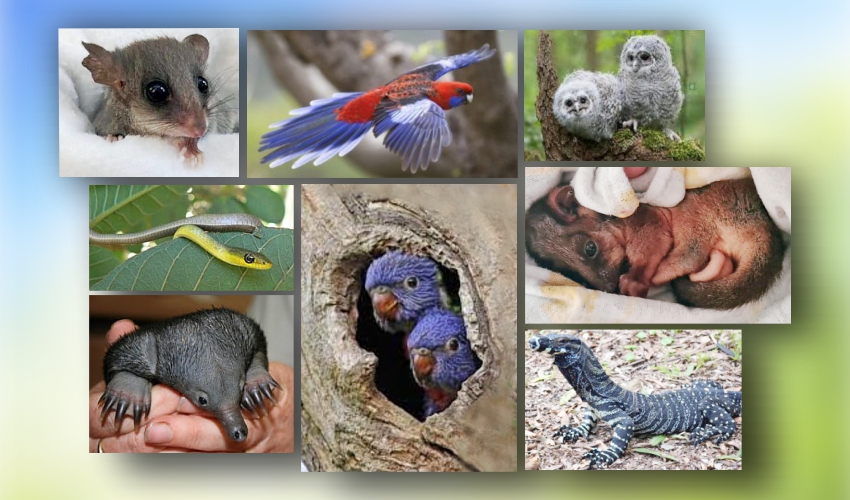 A PLEA FOR HELP WITH URBAN COEXISTENCE … updates

I thought you might like to hear that Mirvac contacted residents [mid-November] and they have backed down from their plans to start demolition works this November. They have instead said that they will not start tree felling until 2022 … a win for the community! And certainly a win for the wildlife that is presently breeding in the forest at Coonara Avenue. We are all very pleased.

I updated my petition and want to thank everyone who signed it and shared it to support our cause.

It just goes to show that you can never underestimate the strength we all have when we work together!!

Thanks so much for your concern and support — it really helped. 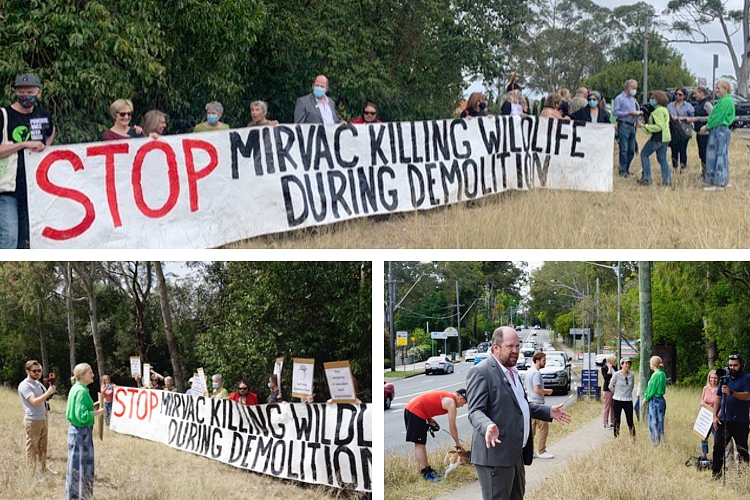 We had a great turnout given the short notice and about 35 people attended from all different community groups and political parties. The rally was truly bipartisan and we had representatives from The Greens, Labor, AJP etc. In particular, Cate Faehrmann MP did a live Facebook feed and highlighted our request for MIRVAC to do the right thing and delay demolition works until after the wildlife has had time to finish raising their young.

There was lots of community support from the cars going past tooting at us!!

The great turnout shows how strongly everyone feels about the timing of these works. If Mirvac really do care — as they say they do!! — what is the harm in waiting a few weeks longer to give the babies more chance to survive?

I have attached some photos, above, for you to see how we went. Thanks for trying — we appreciate it.

FOR A NUMBER of years, there has been a passionate campaign by the local community in West Pennant Hills, Sydney to save a very special and unique area at 55 Coonara Avenue. The site is one of the Priority Management sites under the NSW Save our Species Scheme and is adjacent to the Cumberland State Forest.

The area contains Critically Endangered Ecological Communities (EEC’s) and is a breeding ground for the Powerful Owl and the Dural Land Snail which are both threatened species. The area is also home to hundreds of other animals including, but not limited to: microbats, possums and gliders, snakes, lizards, echidnas and birds of all shapes and sizes.

Residents of the Hills District cannot believe that further destruction of this scale can be approved. Pandemic rush for development sets up clearing of rich biodiversity and critically-endangered species.

For many, many years the site has been a Business Park for IBM, but MIRVAC acquired the site and applied to have the area rezoned to Residential. This application was REJECTED by Hills Shire Council in November 2019.

On Wednesday 15 September, MIRVAC finally got approval for demolition and clearing of 1,253 trees from the site as the first stage in its Master Development Plan. This will be absolutely devastating for the forest and all the native wildlife that have called this area home for many decades.

Of the 1,253 to be removed, over 450 are Critically Endangered Blue Gum High Forest (BGHF) and Sydney Turpentine-Ironbark Forest. Current statistics reveal less than 140 hectares of BGHF is left in the world.

The biodiversity of flora and fauna in the area is amazing and considering Australia’s extinction record and the diabolical loss of habitat and wildlife in last year’s violent bushfires, the residents of the Hills District cannot believe that further destruction of this scale can be approved.

The residents say the pandemic should not be used as an excuse to power through development applications when the development is not required or supported by locals and Council.

The approval for Demolition and Clearing has been given from 1 October 2021 so MIRVAC can go in and start work anytime.

The only provisions in the Conditions of the DA relate to tree hollows and the threatened species, including some surveying of the microbats in the existing structures. However, there are no provisions for any ground dwelling animals or birds that nest in the tree canopies. How can this be acceptable? Especially during critical Spring Breeding time?!

Local groups have reached out for support in writing to the Councillors, Federal and State Environment Ministers and the media to get the demolition and clearing delayed until after Spring when the baby animals will have fledged and/or be more independent. The least MIRVAC can do is delay their destruction until Spring is over to avoid decimating two generations of our wildlife, instead of just one!!

I have written to everyone … but now the politicians seem to have their hands full hanging onto their jobs.

I have sent the petition to the following decision makers:

— Thanks, let’s hope our campaign doesn’t get lost in all the turmoil.