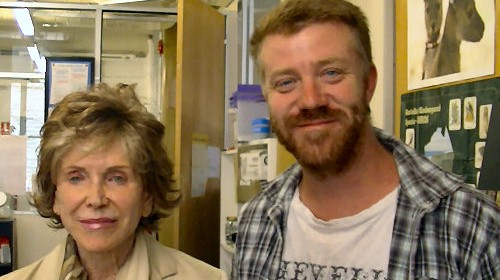 “It’s a great privilege to work with AWPC,” said Mr Thomson. “Currently with land clearing for development, councils require ‘offsets’. But offsets very rarely consider what happens to displaced wildlife, except for ‘managing’ it, which is a euphemism for conducting ‘cull’ or ‘fertility’ programs. 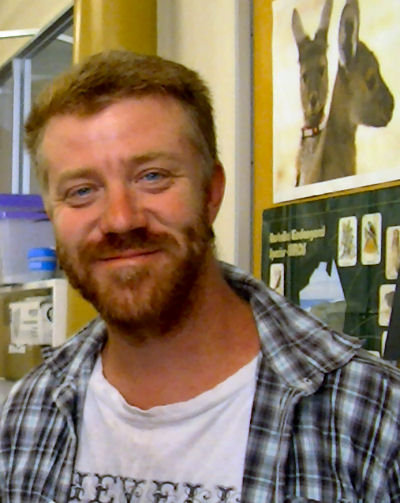 Maryland Wilson, AWPC President, said she was shocked to read of Ian Temby’s recent call to cull kangaroos ahead of development as the only option for roos displaced by Melbourne’s expansion. (“Call for kangaroos to be culled along Melbourne’s urban fringe,”by Simon Lauder, ABC, 30 Nov 2015).

“There is another non-violent solution,” she said. “It is a scandal that we have suffered through a succession of planning documents for Melbourne, without any allocating land for habitat with interconnecting continuous wildlife corridors that would enable safe passage for native animals. They have also failed to provide more than a tiny handful of animal bridges and underpasses at significant points on roads where wildlife often cross. Kangaroos, koalas, and other wildlife are increasingly road accident victims. As Melbourne expands to accommodate its human population growth program, suburban development pushes them out onto roads. This is planning negligence. “

AWPC says it has repeatedly engaged with councils in devising detailed plans for wildlife corridors. To date, however, no state government has cooperated with these plans, despite obligations to protect wildlife under the Fauna and Flora Guarantee Act.

“Instead, we have been repeatedly stone-walled. The result is the carnage Mr Temby suggests can only be avoided through culls. AWPC will be seeking a meeting with the Andrews State Government to negotiate for wildlife corridors instead of culling,” said President Maryland Wilson.

Mr Thomson spoke of an imminent campaign to buy land on the Mornington Peninsula through crowd-funding. The aim is to create a private land reserve system for a wildlife corridor between national parks to sustain wildlife in the future. He says the matter is urgent as suburban development and a recent spate of farm-fencing are blocking the kangaroos’ natural behaviour on the Peninsula.

Mr Thomson added, “It is ironic that some farmers are paying a lot of money for services that kangaroos would provide for free. For instance, vineyards spend much time and money keeping grass and weeds down between the vines. But, if they took down the fences and let the kangaroos in, the roos would not eat the vines, but they would keep the grass short.”