NDPRP opinion piece – What The Courier Mail refused to publish

“Drought, Dingoes and Environmental Reality – Time for a Rethink”

Severe drought has again highlighted the hardship of Queensland pastoralists, particularly those in arid areas. Familiar topics have again come to the fore: the doubtful wisdom of farming marginal lands, kangaroos taking scarce pasture, ‘wild dog’ predation on stock and rampaging pigs breaking down the dingo fence. Everything, it seems conspires against the struggling farmer.

The imagery used seems understandable – ‘killing machines’ taking the life out of the west, wave upon wave with almost military precision, billions lost to the economy and sheep farmers driven out of the industry. Political demands abound for governments to do more to combat the ‘wild-dog’ scourge. Instinctively, politicians make the right noises. 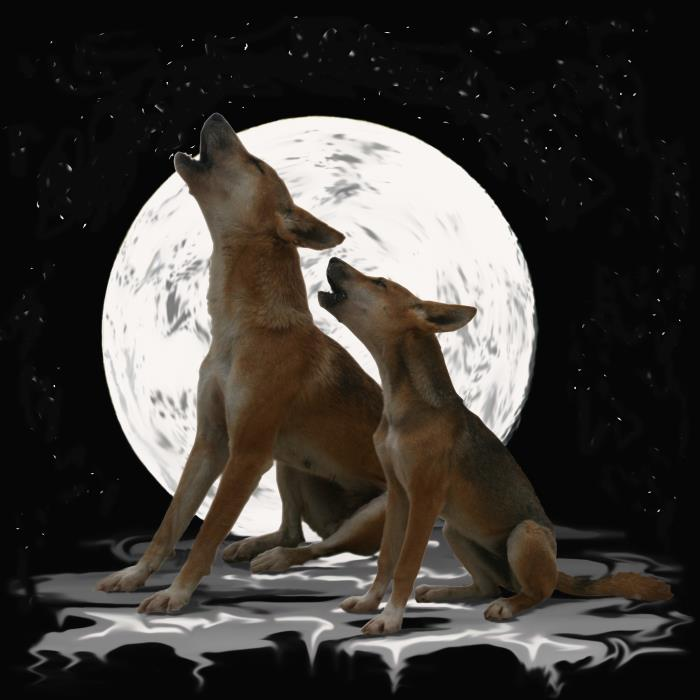 While the silhouette of drought and rural desperation is etched into the Australian consciousness, the time has, nevertheless, come for a reassessment of this man-against-nature view of drought and our collective responses to it. Attitudes towards the dingo are a good starting point for reflection.

Why is such a reassessment necessary? Because, there is a now a deepening and unresolved contradiction between a growing body of independent environmental research, which highlights the importance of healthy dingo populations for environmental balance and biodiversity conservation and long-established anti-dingo or ‘wild-dog’ sentiment , which deems the dingo a pest animal to be eradicated or, at least, perpetually controlled through lethal means across the landscape.

The legal status of the dingo across much of Australia still largely reflects this historically entrenched pest-animal perspective. However legislators respond in future, the days are over when dingo destruction can be confidently promoted as consistent with good environmental stewardship. Farmers and their peak representative organisations need to undergo this realisation.

The contest between environmental research, which by and large finds that dingoes should be protected in the service of good environmental management, and established ant-dingo attitudes, remains complex. This is because dingoes can hybridise with their domestic counterpart, the domestic dog (Even a European wolf can breed with a poodle). As when putting a drop of coloured dye in a bucket of water, all of the water, eventually, will be coloured to some minor degree, domestic dog genes will ultimately spread throughout the wild dingo population.

Pastoral industry advocates, fearful of the idea that dingoes should be managed as something more than pest animals, let alone protected as an environmental asset, have latched hold of hybridisation to argue that what currently exists in the wild are not dingoes, but hybrids, which ought not be considered indigenous or wildlife, and are therefore ineligible for protection. The term ‘wild dog’ thereby becomes more than a description, but a politically loaded term designed to legitimise the continued destruction of what is still, essentially, a native animal.

Disingenuously, it is at times further argued that, in controlling hybrids through ‘wild-dog’ control (poisoning and trapping on a landscape scale), protection is afforded remnant populations of ‘pure’ dingoes.

What then should we draw from the science which argues for a more benevolent attitude towards dingoes, particularly given the grievances of battling farmers struck by drought? A key consideration is the ecological function of wild dingo populations, even if they have undergone some degree of hybridisation.

If the role played by hybridised wild populations is essentially the same as the pre European dingo, or is shown to provide a net environmental benefit for the preservation of other native species, then considerations of genetic purity become an unnecessary distraction.

This line of thinking is lent support by the fact that much of the in-the-field research into the role of the dingo in maintaining ecological balance, as a top order predator, has been conducted with populations that were probably hybridised to some degree.

Evidence suggests that hybridised dingo populations are nothing like a first generation dingo-dog cross. Much of the hybridisation is many generations old. And, importantly, selection pressure is strong.

Prominent dingo researcher, Dr Laurie Corbett, once commented that, “although he believed dingoes in north eastern Victoria had undergone some hybridisation, this was not apparent. He speculated that this was because strong selection pressure in this region was effectively pushing the hybrids back into an ancestral conformation.
Farming now needs to be environmentally responsible in ways not imagined even one generation ago.”