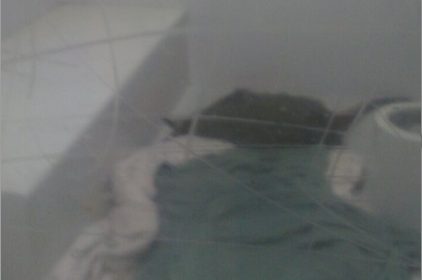 At 3:43 pm yesterday afternoon, shortly after arriving home from an Australian Wildlife Protection Council meeting, I received a call from Victoria Police, Rosebud, about an Eastern Grey Kangaroo on Safety Beach.

This was the first in over 30 phone calls to resolve this wildlife rescue. Victoria police informed me that a kangaroo was lying on the sand in front of the Safety Beach Life Saving Club. From this initial phone call I kept in contact with police officers on the scene as to what was happening with the kangaroo and where it was moving to, while I was desperately trying to find rescuers to attend and a shelter that would take it in care.

I had received a lot of advice from local shelters and shelters across the state as what would be the best course of action. Suggestions ranged from euthanasia, to allowing the kangaroo to find its way back home under the cover of nightfall. But the most ethically desirable action would have to been to dart the kangaroo and take it back to nearby bush.

After chatting to Manfred Zabinskas, an experienced darter and rescuer from 5 Freedoms Wildlife Shelter, it was decided that due to the kangaroos keenness to head into the water, weather conditions and the open area, that darting was not an option. Shooting it dead wasn’t an option either.
All the while Victoria police continued to control the situation and provide details of the unfolding situation.

As it appeared that I couldn’t find any volunteers to attend the rescue and assist Victoria Police down at Safety Beach I borrowed a car to head down to Safety Beach and on arrival was told that the kangaroo was on route to Rosebud police station. The kangaroo had a nearly drowned after heading into the water. Victoria Police members bravely rescued it from the water and passers by and police helped to resuscitate the kangaroo on the beach.

After several calls, Michelle Thomas of Animalia Wildlife Shelter- who was at least an hour away, agreed to come to Rosebud Police station to sedate and assess the kangaroo. I headed to the station to inform them there was help on the way and was greeted by Senior Sargent Tonkin; one of the officers who went for a swim to rescue the drowning kangaroo. He gave me run down of the rescue and showed me the kangaroo who they had recuperating in one of the lock-up cells under a blanket.

Whilst I was there, police received another call of a kangaroo hit by a car. Unfortunately this kangaroo wasn’t so lucky in nearby Dromana. Sr Sgt. Tonkin had to go and despatch this poor kangaroo that had been seriously injured and couldn’t be saved.

I waited at Rosebud Police station for Michelle Thomas to come for the kangaroo, during this time the Rosebud police members were very welcoming and kept telling me how the Kangaroo was the best and quietest guest that they had ever had in their cells.

Michelle arrived with an assistant a little after 7:30 pm when she checked and transported the kangaroo with the assistance from Chris and Ian from Victoria Police.

I would like to thank Sr Sgt. Tonkin and his partner Chris for rescuing the drowning roo and giving it compressions, the Rosebud Police station for their courtesy, Manfred Zabinskas for his advice, as well as the other shelters and of course Michelle Thomas and her team at Animalia Wildlife Shelter for the care given to this kangaroo. It is currently in rehabilitation at a kangaroo wildlife shelter.