THE federal Department of the Environment earlier this was trying to take the southern brown bandicoot off its threatened species list. However, Federal Environment minister Greg Hunt rejected claims his government doing this. He was responding to an article pub­lished in The Times last month (‘Bandicoot under threat from govt’, The Times 26/1/15).

In 2001 when the species was put on the endangered list, a SBB recovery groups was establish and they were selected as the flagship species in the Western Port Biosphere Reserve, to receive special attention. Hundreds of people, including scientists and government agencies, private consultants and landholders had workshops, and the Victorian government created strategy after strategy to protect them, but nothing worked.

A proposal for habitat corridors for the SBB in the draft Biodiversity Conservation Strategy, released in 2011, was withdrawn by the State Government and revised using consultation. The proposal is that there should be at least two 80m wide corridors leading to reserves to the south and reserves or Green Wedge land to the east – to ensure the sustainability of the species. The former Growling Grass Frog corridor along Clyde Creek should be reinstated.

There is too much of the Biodiversity Conservation Strategy that’s left to the Precinct Structure Planning process, rather than an independent role of a monitor to ensure impartiality.

In March 2014, the Coalition state government removed habitat corridors from its plans to protect the southern brown bandicoot in the southeast. and DEPI and Parks Victoria declared a secret war on Southern Brown Bandicoot ~ April 2014

Once common in the south-east, now, just two viable populations remain in the region – at Royal Botanic Gardens in Cranbourne and in undeveloped parts of Koo Wee Rup at the northern end of Western Port. A third population on Quail Island in Western Port has been decimated by wild pigs released on the island by hunters. The SBB is listed as an important component of the Ecological Character of the Western Port Bay Ramsar site and there is continuity of local populations of bandicoots with areas traversed by the Koo Wee Rup Bypass 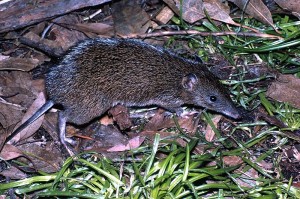 They proposed to conduct regulars fox and cat control programs in the Pines for the protection of this species, knowing very well that SBB’s are not there anymore.(Already costing well over $ 100.000.00) They refuse to install a predator-proof fence around the Pines which is the only realistic way to protect the SBB in the Pines ones re-introduced. (They just want that money)

Ecologist Hans Brunner, from Frankston, has been involved with Southern Brown Bandicoots (SBB) for more than 40 years. He vividly remembers finding SBB all over the Mornington Peninsula, in the Frankston area, and especially in the Pines Flora and Fauna Reserve which had the larges and strongest colony in the region. Sadly, they have silently disappeared and in many places they’ve become extinct!

How could this happen?

Local wildlife expert Mr Legg said evidence of SBB populations recovering in a couple of places in Australia was no reason to remove legal protection. He had “reluctantly watched the crash and local extinction of SBB populations across the southeastern suburbs of greater Melbourne and within the Western Port catchment” over the past three decades.

The SBB is facing strong competition from housing growth, and urbanisation. The number of dwellings in Mornington Peninsula Shire is forecast to grow from 84,177 in 2011 to 95,955 in 2026. It’s the housing industry that’s become Victoria’s greatest growth industry, and the urban growth boundary is a slippery concept, that keeps expanding with population growth.

At least $120,000 was spent on fox and cat control, while some SBBs remained. It was unsuccessful. Protecting SBB in the region is a grand failure. What’s needed are large reserves surrounded by predator-proof fences. Some insurance colonies are need, with the rest surviving in the wild.

What’s to be gained by de-listing the SBB? Money will be saved by not having to spend in fox and cat control, and developers will be given more permits to build housing.

Jennifer Cunich, executive director of the Property Council, of course would not endorse any expansion of wildlife corridors. She dismissed any science, and any scheme would be of little benefit. It would be like a brewery recommending an AA group!

The SBB is restricted to remnant and exotic vegetation along drains and road reserves in the project area and surrounding landscape which provides cover from predators.

The VicRoads Bypass alignment intersects habitat for the SBB along the existing Healesville Koo Wee Rup Road to the south of Manks Road and core habitat of the Dalmore Koo Wee Rup Cluster of bandicoots at Railway Road/disused South Gippsland Railway Line and levees of the Bunyip River Drain Complex.

There’s no room for complacency, or sitting back watching decline. What’s needed now is to repopulate the Pines Flora and Fauna Reserve, and protect the colonies at Cranbourne Botanic gardens. Australia has the highest mammal extinction rate of the modern world, and any “fauna” reserve and green wedges must have local native species. It’s easy to say there are “plenty” elsewhere, but extinction is a process, not one event, and allowing local extinctions is part of a process that MUST stop! 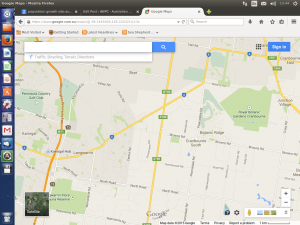