THE ACT GOVERNMENT claims that 1,505 kangaroos have been killed on Canberra Nature Park reserves by the government’s mercenary ex-military killers this year. Notably, the government has not given a breakdown of how many were killed on each reserve.

Here is what we know from this year’s observation and monitoring:

• As of yesterday, when the government announced the end of the slaughter, there had been no shooting at Farrer Ridge or East Jerrabomberra Nature Reserves for five weeks.

• The government shooters shot at East Jerrabomberra only four times throughout the whole killing season.

• There are currently only three kangaroos left on Farrer Ridge Reserve, and none to be found on East Jerrabomberra though, as always, others will dribble in from farms and other reserves in due course.

APA spokesperson, Robyn Soxsmith, notes, “We thought the reason the government kept the reserves closed for so long after the shooting had clearly ceased was because they were waiting for a few refugees to wander back during the last couple of weeks, just so they could have a last little mini bloodbath before the end.

“Thankfully, that hasn’t happened, and we who watched those reserves every night for 43 cold nights can get on with our lives again. Tragically, if the government really has somehow found 1,505 kangaroos to kill, those 1,505 kangaroos no longer have lives to get on with.”

Based on these known figures from two of the closed reserves, it seems likely that most of those killed this year were killed in the “research laboratories” of Mulligans Flat and Goorooyarroo Nature Reserves. However, given the scale of slaughter that has taken place on those laboratories every one of the last thirteen years, it is doubtful kangaroos, even on those huge reserves, could have made the 1,505. Perhaps local farmers are happy to let the government shooters supplement the shortfall from their properties — but even kangaroos on rural properties are scarce these days.

“Kangaroos across Australia are in precipitous decline, and Canberra’s urban reserves are now functionally extinct. There are simply not enough kangaroos left for them to carry out their critical ecological role as a keystone species.”

Frankie Seymour, a lifelong advocate for animals, an environmental scientist and a former member (for nearly 18 years) of the ACT government’s own Animal Welfare Advisory Committee, concurs:

“Why else would they be killing kangaroos three to four times faster than it is biologically possible for their populations to recover?”

Petition: end the slaughter of kangaroos in the ACT 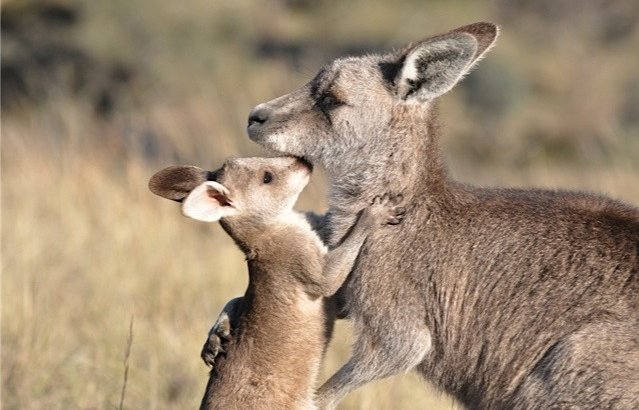 Australian Capital Territory government is still killing thousands of kangaroos every year in a cruel, unnecessary, ineffective and ecologically destructive annual slaughter on public reserves. This has been going on since 2009, and we expect the latest slaughter to be announced any day.

In 2015, the Australian Capital Territory government authorised the slaughter of at least 25772 kangaroos across the Territory. Most of these were to be killed on farms because farmers believe that native kangaroos compete for pasture with introduced livestock.

*Overwhelming evidence has shown that the slaughter is: ineffective in terms of reducing kangaroo grazing pressure on reserves (because kangaroos are pretty mobile within their ranges, and quickly move in from nearby farms to make use of the empty space);

*unnecessary (because eastern grey kangaroos are so slow breeding, have such a high infant mortality rate and manage their own populations effectively in times of food shortage); and

*actively harmful to ecosystems (because kangaroo grazing ensures diversity of habitat for a great diversity of others species, many of which cannot thrive in either ungrazed land or livestock grazed land).

The evidence also shows that the government’s kangaroo counts are inherently inaccurate.

Evolutionary sociologist and AWPC policy advisor, Sheila Newman, has criticised the research base used in the ACT Kangaroo Management program. (See https://candobetter.net/node/4822). Her review of the literature concludes that “culling” may actually increase kangaroo populations by speeding up reproduction, with the selecting in of smaller, earlier maturing kangaroos and the selecting out of big, mature animals, in a harvested population like effect.

ACT kangaroo management of kangaroos is narrowly based on numbers, rather than mob dynamics. “Culling” can increase mob sizes, as it destroys mob control from larger, mature adults, and gives breeding opportunities to younger animals.  Ms Newman says: “…harvesting, damage mitigation and culling probably accelerates population growth in roos” because of the ‘harvesting effect’ on their evolution which tends to select-in smaller animals which reproduce earlier.

The government’s own ecologist has admitted that the government’s assertions about kangaroos being a threat to vulnerable species were just “PR”, and that its claim that killing kangaroos will benefit biodiversity generally is based on a simplistic assumption that more biomass (vegetation) is better for biodiversity than the diversity of vegetation achieved by kangaroo grazing.

Furthermore, evidence shows that even the weak and cynical provisions of the Code of Practice are not obeyed. Although the Code of Practice requires kangaroos not killed instantly to be immediately euthanased by a shot to the head or heart, one young male kangaroo found in a government burial pit had been shot, bludgeoned, stabbed, then died of either blood loss, or possibly suffocation from being buried while still alive.

The ACT government must stop hiding behind its out-dated Kangaroo Management Plan, start looking at the actual evidence, and take some measure of responsibility for its own decisions.

Sign this Petition: End the slaughter of kangaroos on public land in the Australian Capital Territory.