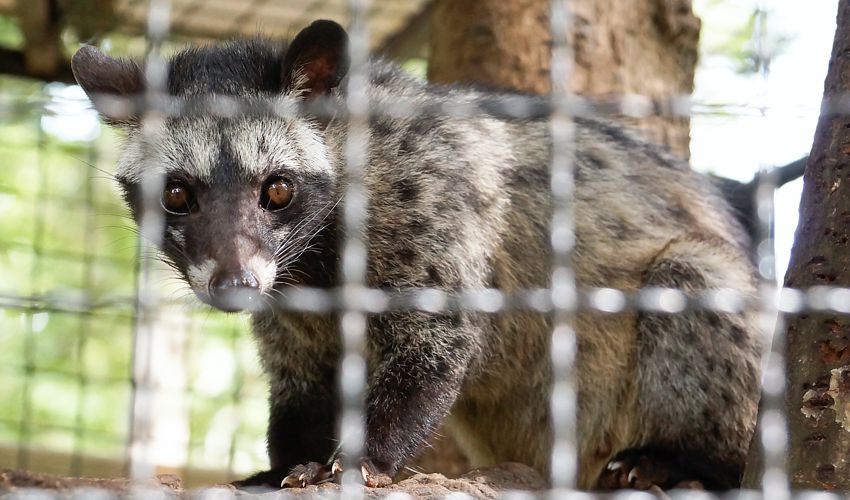 But there is a question back home.

YOU MAY OR may not have kept up with the recent Foreign Affairs uproar that merged into current Chinese tariff barriers on Australian agricultural imports? Well at the baseline of what became an Australian, US and Chinese bunfight, was a simple request for an independent enquiry into the biological source of the current coronavirus pandemic.

That was articulated by the NSW Agriculture Minister David Littleproud in the first instance back in March/April. He went on radio programs and sent press releases with statements like this:

“There are risks with wildlife wet markets and they could be as big a risk to our agricultural industries as they can be to public health so we have to understand them better.

“The G20 of Agriculture Ministers have a responsibility to lead the way and draw on global experts and engage international organisations to rationally and methodically look at the many significant risks of wildlife wet markets.

“Our people should have confidence that the food they eat is safe. We owe it to our domestic population and our international markets.” 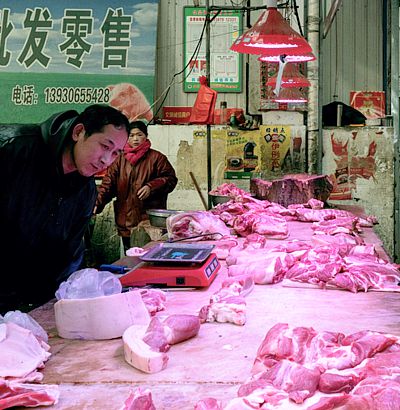 The wet (meat) market at Langfang near Beijing. Photo: Giuolia Marchi, for The New York Times.

Indeed, more on that in a moment.

While Australia got mired in trying to define what a ‘wet market’ is; and whether coronaviruses are weaponised in shady biological laboratories; and whether the World Health Organisation was an accessory to this devious plot, the Australian Agriculture Minister was in no doubt of what to look at.

It was the wildlife trade adjunct to fish and meat markets at the epicentre of the problem. Here was a conduit for zoonotic diseases like COVID-19 jumping from animals, say bats, sometimes via an intermediary host, possibly civet cats [our feature image above, photo by Weerapat Kiatdumrong, on Dreamstime] or pangolin sold at the markets, to humans who consumed or even just handled them. It has happened before in recent times from HIV to Ebola, to other forms of coronaviruses in countries that consume bushmeat. And domesticated animals could be infected. Think bird flu and swine flu epidemics in recent times.

Simple question: the source of the current pandemic

Littlepround called for the World Health Organisation (as is now happening) to investigate wildlife trade and consumption as the source of the most recent pandemic. A pandemic that has brought the global economy to its knees along with causing three million human infections and counting. And focused laser-like media attention on the human death toll, leaving little room for other investigations.

While this outbreak started in China, other South-east Asian countries have similar trades. The point is to look at the underlying risks and stop them.

From the perspective of humane and compassionate people everywhere, the massive and lucrative trade in the world’s diminishing and endangered wildlife (for food, traditional medicines, clothing, or amusement) is evil, in and of itself, even before a pandemic risk is attached.

“So there are many of these around the world. It only makes sense. The world’s got smaller; we’re part of a global community, that we come together and we do the right thing to protect one another but also protect our agricultural production systems that underpin our food security.”

It was recently reported that China had taken legislative steps to shut down the growing and selling of wildlife for these wet markets.

Farmers would be helped into vegetable production enterprises. While this is good, the same reports said China had taken no action on the rest of the domestic and international wildlife trade for traditional medicines, (bears and tigers come to mind) fur, other products, and amusement.

Meanwhile back at the ranch…

And while Minister Littleproud and his government did well here, compassionate Australians might logically ask them (in the name of safe food for humans and pets), when Australia will finally end its own little-reported bushmeat trade — killing kangaroos — the nation’s emblem and a top global tourist draw.

The world’s biggest terrestrial wildlife slaughter is conducted nightly, unmonitored and accompanied by institutionalised cruelty to joeys, in unsanitary conditions in the bush. What is mainly an export trade and now a rekindled petfood trade in Victoria and South Australia, has shamed this country since the 1960s. Most Australians either don’t know or would rather not consider it. But it may be past time to do so.

How the bushmeat trade brought us Corona Virus

THE FOLLOWING LINKED article from the Sydney Morning Herald ‘Explainer’ series (very comprehensive reporting), explains how the eating of wildlife is introducing novel pathogens into human populations. With the latest corona virus, that is putting the globe into pandemic lockdown, it was possibly via bats or Pangolin victims sold at Chinese ‘wet markets’.

But from apes and monkey bushmeat sold in Africa and linked to Ebola, to the Australian commercial and government-sanctioned push for humans and their pets to eat kangaroos slaughtered in unsanitary field situations, the risk posed by bushmeat is great.

The article also lays out in great detail the worldwide criminal exploitation of wildlife for profit, a trade that is now right behind guns, drugs and human trafficking in profit for criminal gangs.

How does an epidemic spread and what does the wildlife trade have to do with it?
It’s worth billions of dollars to organised crime — after guns, drugs and human trafficking. But why is the illegal wildlife trade at the centre of the coronavirus epidemic?
By Sherryn Groch, The Sydney Morning Herald. 25 February 2020