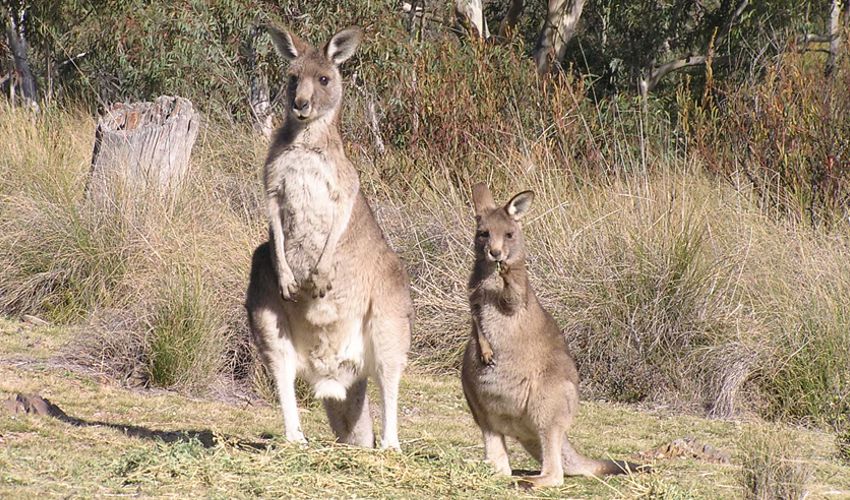 Yes, I’m angry. And sad. Sad and disgusted that the politicians and bureaucrats of our national capital Canberra, treat our national emblem, the Kangaroo, (Skippy to fans around the world), like rubbish — to be killed and buried. 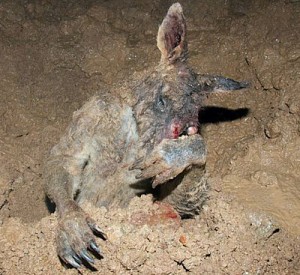 THE LACK of respect in Australia for our unique wildlife, shown by official ‘management’ and too many citizens can only be called dishonourable.

And stupid, because a change of frame would show that sharing the land with the full range of native animals instead of trying to remove some considered inconvenient to sheep graziers or urban development, is morally right, ecologically wise and offers an economic tourism bonanza. The tourists will be back.

As it is, Canberrans have been asked for the past 10 years (with another five years on the agenda), to dedicate close to a million dollars annually in taxpayer’s money to employing park staff, consultants, and contract shooters to “manage” and remove Australia’s emblem, Skippy, from the city’s reserves. The healthy budget suggests why they don’t want to stop.

Every year the killings traumatise nearby compassionate residents, for instance this 2016 story from Isaacs Ridge. They will be shooting there again this year.

The propaganda doesn’t hold up

This year as before, the ACT/Canberra park service has put out propaganda designed to tell the public this is good for biodiversity, ‘nothing to see here’.  We filed an FOI request in 2017 on that question. What we received debunked the dog-whistling “pest”, “bad” “too many” assumptions guiding Canberra’s ‘cull’ and others around Australia.

In the October 2017 issue of The District Bulletin (also published in this website at the time) we reported on a CSIRO review which found that the (ACT’s) research and monitoring, such as it has been, does not support the up-front assumptions of “too many” that guide this desk-top program and public narrative. That story says Eastern Grey Kangaroos need to be “actively managed” down to fewer than half their natural density for this region. Canberra parks and advisers treat our wildlife as bloodless numbers — aiming for less than one animal per hectare (that’s about the size of 1.5 rugby league fields). Think of that for a herd species that sometimes congregates. “Actively managed” has been official jargon for killing.

Canberra is of course in tune with the national picture. Australia, to please those same influential economic lobbies, hosts the world’s largest on-land wildlife slaughter. Has for decades. Maybe you didn’t know. The remaining large kangaroos mainly but also some wallabies and in Tasmania Brush-tail Possums are killed as ‘pests’ or commercially to export their fur, skins and meat, most of which is sold as pet food or cheap sausages. Wombats and native birds are destroyed as ‘pests’ or for recreational fun.

The other half of our national coat of arms, the Emu, was shot, poisoned and hounded for a century and the remaining animals are still at the mercy of farmers and their fences (which are being weaponised to bigger and more deadly) denying life-sustaining habitat and wildlife corridors.

Aerial 1080 poisoning of Dingos, Australia’s only apex predator animal, with a guaranteed bycatch of other native fauna, is going on right now in burned-out forests of the region. Poisoning with 1080, banned in most of the world for its risk and cruelty, has been endemic for decades in all pastoral zones. Parks and wildlife employees get to do that too. 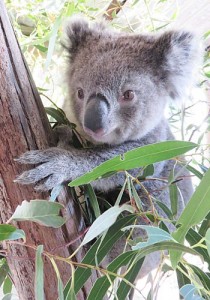 From its colonial roots featuring wholesale wildlife killing, bounties and recreational or commercial hunting, not least of the now-endangered Koala, killing the wildlife has solidified into a cottage industry for neglected rural communities (much like the Australian woodchip industry of native forests) while enriching a few city processors and exporters.

When will it stop? When will the ruling values shift to positive, compassionate and also smarter in a world rapidly losing its wildlife?

What about choosing life, tourist income and regenerated countryside

From the Australian Wildlife Protection Council (AWPC) archives, here are the words of a potential tourist who wrote to the Kangaroo Industries Association in 2005. Her reactions stay relevant today:

“There is a beautiful advertisement for Australian tourism featuring the silhouette of a kangaroo against a blue, blue sky. It captures the imagination and the heart. It makes you want to visit Australia and it is only when you know that this beautiful creature is being slaughtered mercilessly and its babies left to die, that you say to yourself, no, I can’t, not this year, not until this stops . . . They are your national emblem are they not? Please change this awful situation. Please go in for another way of life.”

Everyone has an overseas friend whose first desire is to see a kangaroo. And despite what it does to the wildlife, Canberra still calls itself the Bush Capital. It could easily encourage eco-tourism, assist the city’s accommodation and restaurant businesses, instead of killing off the main attraction. With the fire holocaust that hit the hinterland and tragically destroyed the Namadgi National Park animals and plants, the Bush Capital and Territory administration have an opportunity to look ahead as the countryside regenerates — not backwards to colonial values.

Before this year’s cull announcement as I drove through Canberra, I looked at the still extant grasslands and wondered: where are the kangaroos? How did they pull up after last year’s massacre followed by drought? Mostly I saw none. I walked up Mt Painter in Cook where in 2010 I passed casually lounging kangaroos near the summit unconcerned about the humans milling around.

I remember admiring the healthy grassland on the northern slopes of the mountain where the kangaroos were most numerous. The ‘live and let live’ attitude of the neighbours, most of them, was heart-warming. I wondered what the government’s problem was. Today, Canberrans might like to do the test themselves. 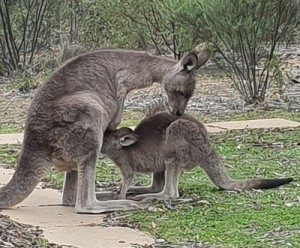 At my place, the kangaroos are welcome and we share food and water with them, as we do with the birds and possums. Yes, the kangaroos lightly graze returning grass. There are alternatives called interim feed and fencing. Things are not ‘natural’. In a dramatically altered landscape that we engineered since settlement and with our ever-expanding housing and commercial developments, kangaroos don’t have the home ranges they once inhabited. They are often pushed into tighter populations than ideal for their foraging. They have to live with us. And they can. But some of us seemingly cannot live with them.

I look at the trusting girls on my place and notice that some have a baby growing in the pouch. That happens when a bad season turns to a good one. Will Canberra’s hired killers and park’s employees be pulling the growing joeys out of the pouches and “humanely” decapitating them or bashing their skulls in as the unenforceable code demands?

Will they watch as the toddler at-foot joeys flee and then spend the night calling for their shot mother, only to become tomorrow’s road kill or fox food? 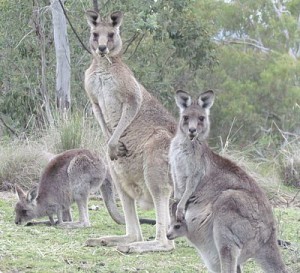 I look at those families, unafraid, and, like others have in the past, silently apologise for what we in our culture are doing to them individually and as a nation.