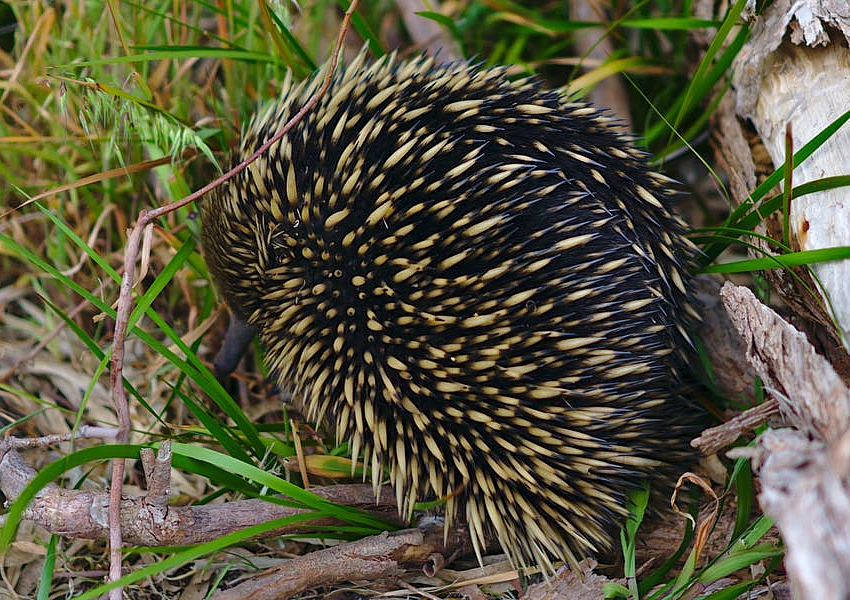 LIFE IS HARD for small animals in the wild, but they have many solutions to the challenges of their environment. One of the most fascinating of these strategies is torpor. Not, to be confused with sleep or Sunday afternoon lethargy, torpor is a complex response to the costs of living.

To enter torpor, an animal decreases its metabolism, reducing its energy requirements. A torpid animal will often be curled in a tight ball in its nest and look like it’s sleeping.

Once thought to occur only in birds and mammals in the Northern Hemisphere where winters are more pronounced, we now know torpor is widespread in small Australian mammals, and has also been observed in many small Australian bird species.

Read more:
Animal response to a bushfire is astounding. These are the tricks they use to survive

Birds and mammals are endotherms and can maintain a high and constant body temperature independent of the environmental temperature, thanks to their high metabolic rate. This allows them to be active across a wide range of environments.

The downside? This high metabolic rate requires a lot of food to fuel it. By reducing the metabolism in a very controlled manner and entering torpor, an animal can live on less energy.

Slowing down to survive

Torpor is an extremely effective survival strategy for small endotherms. For example, small mammals have been observed using torpor after bushfires.

Take the brown antechinus, for example. When other animals have fled, this 30g marsupial hides in refuges, waits out the fire, then uses torpor to cope with reduced food availability until local vegetation and invertebrate populations recover.

Many pregnant and lactating bats and marsupials, and even the echidna, synchronise torpor with reproduction to cope with the energetic costs of mating, pregnancy or lactation.

There are two main types of torpor: daily torpor and hibernation.

Animals that use daily torpor can do so for approximately 3–6 hours a day as needed.

Daily torpor is common in, but not exclusive to, endotherms living in arid areas, such as the fat-tailed dunnart. This species is a carnivorous marsupial and has a diet of insects and other invertebrates, which may be in short supply in winter.

Weighing approximately 12 grams as adults, the fat-tailed dunnart may need to eat its body weight in food each day. When finding enough food is difficult, it uses torpor; foraging in the early part of the night then entering torpor in the early morning. Fat-tailed dunnarts reduce their metabolic rate, and subsequently their body temperature, from 35°C to approximately 15°C, or the temperature of their underground nest.

Animals that hibernate lower their metabolic rate further and have longer torpor bouts than those that use daily torpor. An example of an Australian hibernator is the eastern pygmy possum, a 40g marsupial found in south eastern Australia that hibernates regularly, decreasing its body temperature from approximately 35°C to as low as 5°C.

If it weren’t for the periodic increases in metabolic rate and body temperature, a hibernating pygmy possum could live for well over three months on 1g of fat. However, the exact purpose of these periodic arousals is unknown.

Compare this with a well-known hibernator, the American black bear.

At approximately 120kg, its metabolic rate during hibernation decreases to 25% of the basal metabolic rate, and the body temperature decreases from approximately 37°C to 30 °C. Black bears can’t hibernate with a lower body temperature, perhaps because it would take them a very long time to reduce it, and then cost them too much energy to rewarm at the end of hibernation.

Can humans do it?

The question people often ask about torpor, is “can humans do it?” Interestingly, some small primates have been observed using torpor. While it is technically possible to induce torpor in humans chemically, torpor is a very complex physiological process, and there are many aspects of it scientists still don’t fully understand.

Australia’s wildlife have evolved strategies to cope with life in an often-harsh environment affected by multiple year-long droughts, landscape-altering floods, and widespread bushfires.

Climate change is predicted to increase the duration, frequency and severity of these events, and in conjunction with landscape clearing, animals are facing new environmental and resource challenges.

While animals that use flexible, daily torpor may be well-suited to cope during these times, at least in the short term, hibernators that depend on long winters are most at risk.

Read more:
Summer bushfires: how are the plant and animal survivors 6 months on? We mapped their recovery