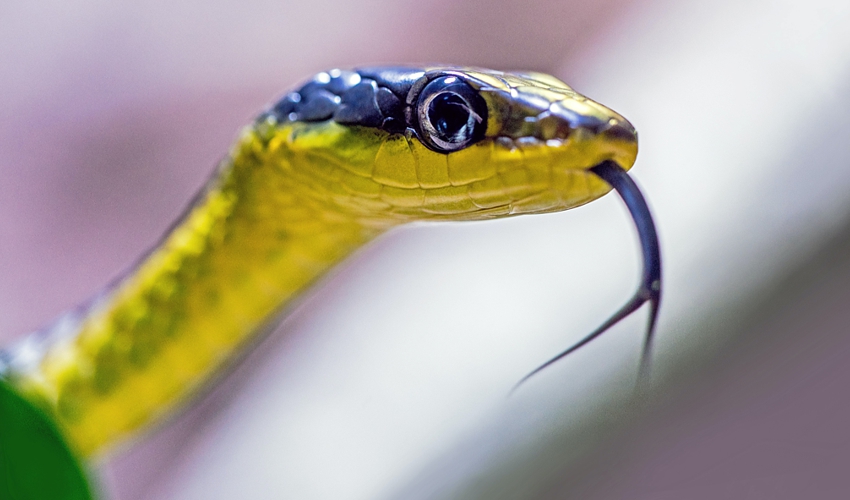 PS: While I was at the computer identifying our ‘guest’ I came across the yarn below … hope our story ends differently!  The moral of the story — keep pot plants away from your back door.