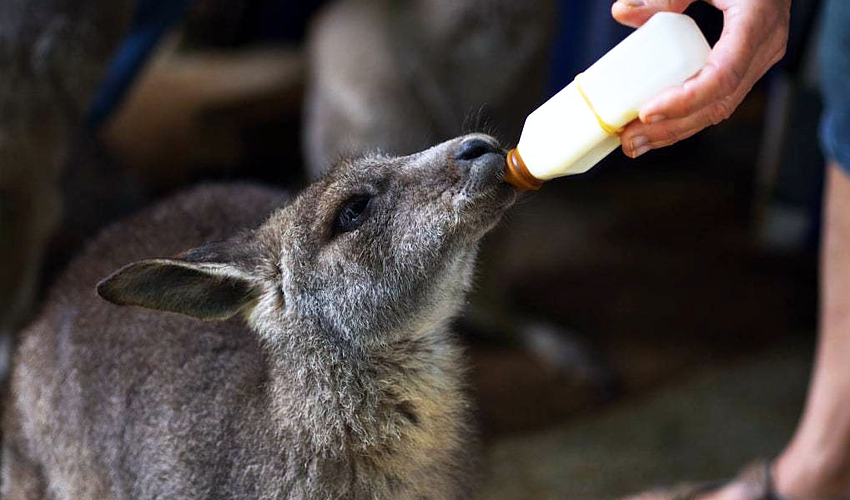 The last 12 months seem to have been one disaster after another. Australia’s wildlife, and the people that care for them, are feeling the hurt.

For over 25 years now not-for-profit organisation Kangaloola Wildlife Shelter — located in the midst of the beautiful Stanley Forest just outside Yackandandah, 300 kilometres north-east of Melbourne — has provided care and comfort, and saved the lives of, literally thousands of native animals.

ABOVE: Photo by Paul McCormack. All images via Kangaloola Facebook.

Founded by Glenda Elliott (fondly known to many as “the Angel of the Bush”), Kangaloola has grown from humble, ad hoc beginnings into a vibrant hub where a largely volunteer team cares for injured, sick and orphaned Australian wildlife with the aim of rehabilitating them for eventual release back into the wild.

And while 2020 has been tough on so many fronts for so many, Kangaloola had a shocker beginning to the year with the horrific summer bushfires which ravaged their region and — apart from leaving a devastating loss of flora and fauna in their wake — could very easily have enveloped the shelter itself.

“It’s all variations of ‘the year from hell’ that’s affected so many people in so many ways,” explains Kangaloola secretary and long-term volunteer, Chris Lehmann. “It started for Kangaloola with our location in the Stanley Forest and the Abbeyard fire south-east of us and then there was the horrid Corryong fire which was north-west of us, and either one of those could have got to Kangaloola in a week or so had the wind changed direction. Nobody was putting them out, it was all about which way the wind blew.

“We had the two owners — the husband and wife team [Glenda and Ron Elliott] — and we had a Swedish girl who’d been working as a volunteer for about a year, and I think at the time we had three backpackers who were volunteers from different parts of the world, and basically I was just sitting here watching the damned emergency app — and so were Glenda and Ron — all day every day to see what was happening with the fires and to see if we had to evacuate everybody.

“It would have meant that we had to evacuate all the people and all the little joeys, and god knows what we’d do with everything else.” 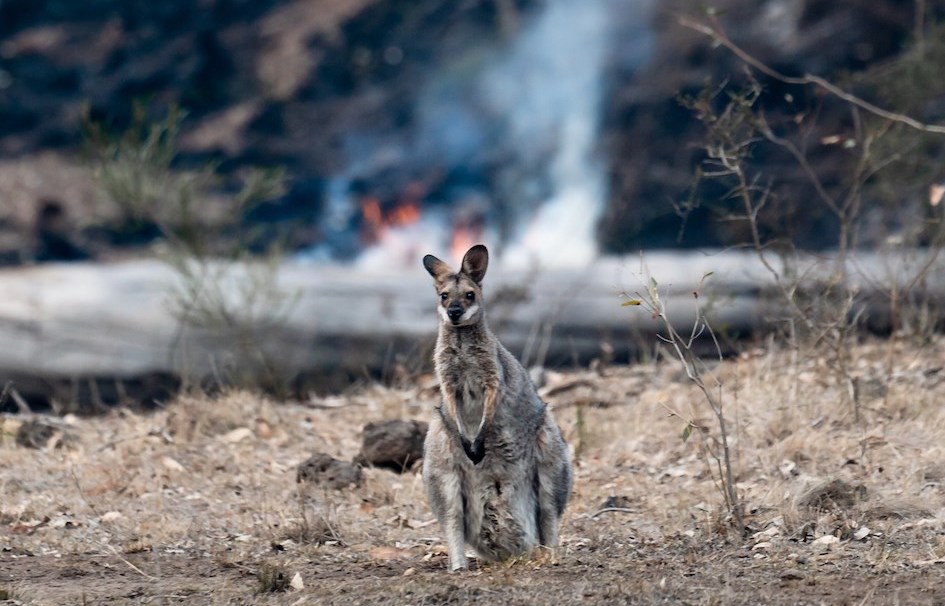 In an odd twist of fate, the stress of the fires being so close was exacerbated by the last thing you’d imagine to be a negative factor – the huge outpouring of altruistic support which ensued.

“So the encroaching fires were the initial stress, and it was compounded in a weird way by the fact that I’d open my computer every morning and there would be 300 unread emails, I’m not kidding you,” Lehmann recalls with a shake of the head. “And the phone was just ringing and ringing and ringing, it would be someone like Air Canada flight crew saying ‘We want to come over and rescue animals! What can we do? Where can we go? Who can we speak to?’ From that right up to locals wanting to donate things and everything in-between, including people bringing trailer-loads of stuff we might need — it was just relentless.

“How do you feed over 100 animals and deal with all the actual rescue calls when the phone doesn’t stop ringing with offers of help? It’s the strangest conundrum. It was all people wanting to give something or volunteer or find out how we were — the despicable irony of all these wonderful offers of help was that we had to push them away. In the end we had to find ways to stop it — or divert it to some other poor bugger — and we had to send out messages saying ‘please stop’.

“So it was a really despicable time, honestly, and all the while people were absolutely beside themselves about the animal loss and the suffering. It was a genuinely terrible time.”

Having survived the fires and provided what assistance they could, life at Kangaloola briefly returned to a semblance of normality — and then COVID struck, cancelling the shelter’s much-needed lifeline of travelling volunteers. 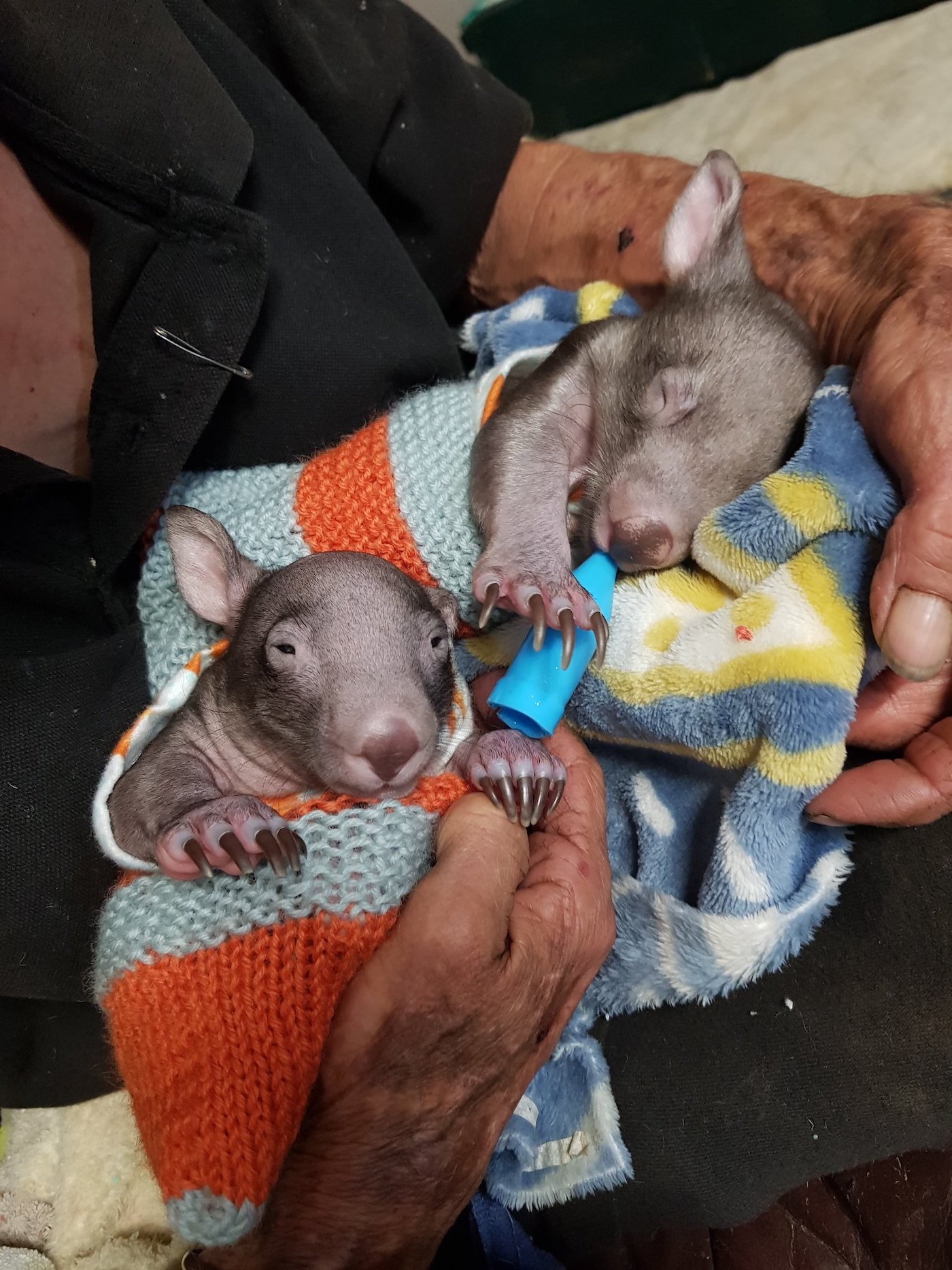 “We have five beds here for live-in volunteers, and then once COVID hit the cancellations started,“ Lehmann continues. Early on we had an American girl saying, ‘Sorry, my doctor has advised me that I shouldn’t go’, and I actually doffed my hat to that guy two months later: it was almost like, ‘What did that guy know that none of us knew?’

“Then the flood of cancellations started and our booking agent was saying to us, ‘What are you going to do? What’s your plan?’ And we were, like, ‘I don’t know what our plan is! I don’t know what you do in a global pandemic!’

“Early on we’d started to tell people that we wouldn’t accept people from China or who’d been anywhere near China — we started doing our own kind of triaging of volunteers — but then the government fixed the problem when they announced no more inbound flights, so that was that.

“Then we started depending on a few long-time local diehard volunteers, the girl from Sweden extended her visa, and we’ve been getting by. There’s been good days and there’s been bad days, and now we’re slowly starting to self-manage. We’ve found a British guy who’d been working on an outback station in Queensland who’s come to us and really fitted in well and it looks like he’s going to stay until the end of the year, so that’s great, and we have a couple of other leads.

“It causes stress and it makes the workload unmanageable, but I’m not going to complain too much because we’re not financially threatened like so many people are, as well as businesses and homeowners. I don’t want to complain when there’s like 10 percent of mortgages on a watch list and 15 percent of businesses threatened to go out of business — that’s a far sadder thing.”

While Lehmann is being humble in light of the COVID devastation that’s befalling people everywhere throughout regional Victoria, Kangaloola is dependent on donations (which are 100% tax-deductible and can be made at kangaloolawildlifeshelter.org.au) and they’re far from out of the woods yet: the drought conditions that have plagued regional Victoria for years may have abated somewhat but the ramifications are far from over.

“I really fear in the future that we’re going to look up on a hill during one of these serious summers and everything is going to have died the day before.”

“The biggest influx this year was we had about 13 koalas at one point — including three abandoned joeys — but really what that was was the end state or the tail-end of three years of drought conditions,” Lehmann offers. “And during that intense summer the koalas couldn’t cope with it, they just sat on the ground and said, ‘I give up’.

“The other thing that a lot of people don’t realise is that you look at the trees and you think ‘Yeah, they’re green, they’re alright’, but they are suffering — they’re as dry as biscuits. There’s nothing in the leaves and the koalas weren’t getting any nutrition — even the trees are at a tipping point.

“I really fear in the future that we’re going to look up on a hill during one of these serious summers and everything is going to have died the day before. The trees can’t cope with this forever either, they’re not magical beings.

“So we had the most koalas we’ve ever had, including three joeys that just walked up to a farmer and climbed up his leg saying, ‘Our mum’s abandoned us, can you help us?’ But they’re all ok now, same as the kangaroo joeys. They all stay with us for at least a year on an intense feeding regimen and then another year of preparing and adjusting for release — about two years all up we have them — but it’s worth it for that moment when they’re back out into their world again. Now we’ve just got to protect that world.”