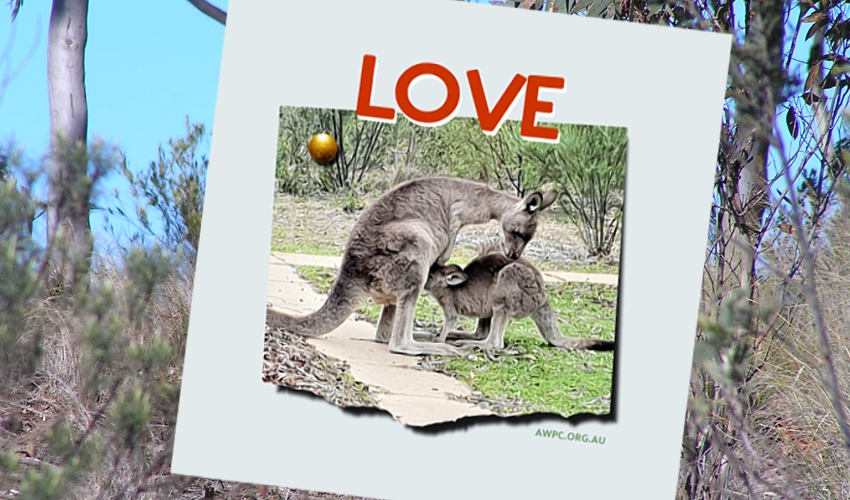 Written by Chris Lehmann (with contributions from many others)

We spend a lot of effort developing strategic ideas to improve the lot of kangaroos, actually, to restore their fully protected status as an iconic animal of this land, treasured by most (never will it be all), and protected to live a natural life of freedom without harm from humans. Much work has been done and much remains to do. Elements of the strategy will become evident from a review of the detailed report below.

We cannot hear the kangaroos cry for help, though they do. What we hear are the cries of anxious, fearful and concerned citizens who are observing cruelty or prejudice toward kangaroos in their own communities. We responded to all those requests and some of them morphed into the larger campaigns documented below. Some folks never responded to our contact. Unfortunately, we do not have the resources (yet) to step in on every single issue as an active player, but our commitment is to advise and support anyone who wants to help protect kangaroos.

Along with many others, we made a detailed submission to the 2020 revision of the code of practice. We despise many aspects of the code, especially the treatment of joeys, but the other main concern is this — even if it were a good code (which it is not), the task of enforcing it is impossible and the authorities just do not care.

Two major negative changes have made it through the review, those being (1) the guideline to specifically avoid killing females has been removed and (2) they have deemed that furless joeys have no conscious feeling capacity and can be treated as such. Thus, a very bad outcome for the kangaroos, which shooters will interpret liberally since there is no governance or compliance checking on their behaviour.

Probably the greatest concern though is this, the review process proved that the authorities only engage us with the intent of creating the illusion of public consultation. In reality, our efforts are wasted time and resources, they ignore or ‘erase’ our deeply felt concerns and reasoned, impassioned pleas on behalf of animals, then they simply charge ahead with their killing or abuse agenda in many forms (torment, separation, killing, hunting, consuming).

Therein lies the greatest danger ahead for wildlife, there is no legitimate and effective way for their concerns to be taken seriously and acted upon with the interests of the wildlife in mind.

A cry for help saw us get involved in the Kinley campaign to save, rather relocate, a group of about 35 kangaroos resident on a landlocked development site in greater Melbourne. We were a founding member in building the public awareness and social media presence for this mob. We were active in early calls to the developer to understand the facts of the matter.

A local team, led by Andy Meddick and Vets for Compassion took up the baton and developed a relocation plan, which the developer submitted to DELWP as an alternative to the previously approved plan to simply shoot them all.

We have waited a year for that decision, only now to discover that underhand moves are afoot for DELWP to regain control of the process and the outcomes. What we know about the alternate plan is not good (I assure you) and we now await developments.

Dunkeld, in the vicinity of Gariwerd (formerly Grampians) National Park is a microcosm of the dire predicament for kangaroos in Victoria. A cry for help led us to discover:

• People being treated in inhuman ways with no care for their legitimate concerns
about livelihoods and quality of life.

This project is very much in the early active stages, consisting of the following:

• Collaboration with Centre for a Humane Economy, AJP and others to act on all the
above concerns.

• Developing a ‘Survival Guide’ for people being abused/threatened by the kangaroo
killing industry in Victoria.

• Potential for legal action along the lines of abuse of human rights.

The CWA Victoria (~350 branches) passed a resolution in their 2020 national meeting (circa April 2020) calling on the Victorian government to kill more kangaroos due to their ‘plague numbers’.

When we discovered the resolution, around October, the media was no longer interested in the story. So … we took a more direct approach.

The President and I met twice with the President of the CWA and she asked us to make a submission to the Executive, which would be shared with all branches in the lead up to the next state-wide meeting in April/May 2021. We analysed their quite detailed resolution and identified those points of agreement and disagreement. That has been delivered.

There are branches in revolt at the resolution, which made it through (some think) because it was a zoom meeting with all the attendant problems about proper interaction and debate. We have been in contact with some of those CWA rebels.

The current plan is to bring this issue to the fore, hopefully out into the media, around the time of the next state meeting when we hope it will be a ‘news’ event. The strategy here is to tackle every single claim of plague populations with the following response:

• Please show us the ‘plague of kangaroos’.
• We will then bring resources to bear to assist in a compassionate manner.

Of course, we will never be shown any plague because they don’t exist. The basic objection to anyone who says there are too many kangaroos will be based on the following:

• No one knows how many kangaroos there were in Australia, there are no official baseline numbers, but a professional ecologist has used two different methods to derive a rough estimate of approximately 1 billion pre-European invasion.

• No one knows how many kangaroos exist right now because the current survey methods have been discredited and cannot be trusted (e.g. they count the density of kangaroos in woodland and then apply that to all farmland and all urban areas at the same density).

• No one knows how many kangaroos are being killed in total. The commercial kill can be measured, but the non-commercial kill is a complete mystery, as are other sources of removal (drought, vehicle impacts, disease etc).

• Anyone who claims to have a sustainable method for kangaroo killing is lying and would lose a serious court battle if one could be created (there is an idea for you).

If one takes the current population estimate of the major killed species, at 30–50 million, then we can roughly start with the idea that numbers are down by 95%. The sad reality is those numbers are based on discredited survey methods and the truth is likely far less, which becomes evident to anyone that traverses the country at eye level and looks for kangaroos.

We will never win the battle for kangaroos on our own. We must form coalitions and organise to combine resources for national and global impact. To that end, in 2020 we have formed a local Victorian team (see the Dunkeld notes above) and we were invited to join the Kangaroos Alive! Coalition with national/global strategic aims. We also partnered with Centre for a Humane Economy to support their ‘Kangaroos are not shoes’ campaign. CHE discovered that kangaroo leather is being sold in California (Nike and others) despite laws prohibiting the sale. We also expect to be an active player in the Kangaroos Alive! Coalition, having offered to take the lead on some aspects of the various actions.

During the year, we linked with Sophie Chao who is an anthropologist proposing to study the love-hate relationship with kangaroos in Australia.