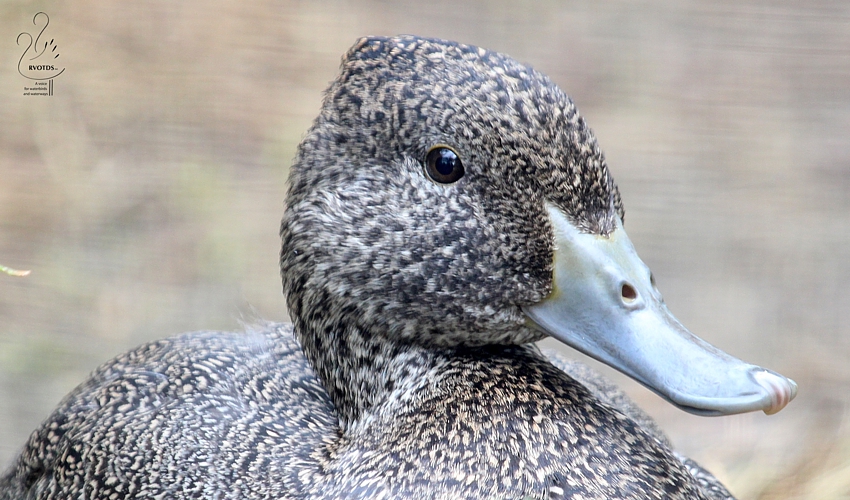 The extent of the contaminated ducks across the state is likely to be far greater because only four of eight ‘game’ duck species were tested, and only at a small number of waterways. There are thousands of public lakes, streams, creeks, rivers, reservoirs and wetlands around Victoria where duck shooting is allowed. And ducks fly.

Lead ammunition was banned in duck shooting but is still illegally used as is reported most years. It is also used legally in native Stubble Quail shooting, including at Macleod Morass and Heart Morass, (which is understood to be protected under a Trust for Nature Covenant). Each shotgun lead cartridge holds hundreds of lead pellets. Few strike the target. The rest fall into the sediments where waterbirds pick them up, mistaking them for grit (which they use to grind their food), posing the risk of poisoning themselves, and those who eat them. This includes people and secondary predators like protected eagles. Lead fragments can remain in ducks which are hit but not killed by a shotgun blast.

Medics have long warned that lead is highly toxic to people and animals, even in tiny traces. In 2018, the CSIRO published a scathing report on Australia’s apathy towards lead ammunition.

The documents obtained by FOI show EPA grappling with what to do. One assessment says “data was too limited to make any conclusions” with another showing an EPA manager contradicting that; “Isn’t it clear?” Tests were repeated and results described as “not an error”.

Lead warnings have never been issued — not even precautionary advice since testing first identified the issue in 2018. The fact lead was found in ducks at shooting waterways across the state, has been kept from the public.

Only a few inconsistent warnings have been issued about consuming ducks at a handful of wetlands in Gippsland due to PFAS which is a different substance.

Ministers have allowed four recreational duck (and quail) shooting seasons to take place since the lead issue was identified.

Recreational duck shooting is banned in QLD, ACT, NSW and WA. In Victoria, less than half of one percent of the population shoot ducks, while ongoing professional polls show most Victorians want it banned here too, with the strongest support for a ban coming from regional areas (UComms 2021).

“The danger to our wildlife and human populations of toxic lead ammunition, is just another reason why Victoria needs to ban the recreational shooting of ducks and quail as other states have done.

“The fact that ducks were found to have toxic lead levels outside food safety guidelines in about 20% of a small number of wetlands surveyed, and that ducks fly, suggests this danger is frighteningly widespread.

“It is simply unfathomable that the government has not issued any public warnings about the lead levels found in ducks across our state. Four recreational duck and quail shooting seasons have been allowed to proceed since the lead levels were first identified.

“We are disappointed it took a not-for-profit group to bring awareness of these matters to Victorians. Government agencies are paid millions to keep Victorians and our protected wildlife safe. We seem to be doing their job here.

“It’s disappointing EPA are saying more ducks must be killed in yet another shooting season to enable more testing, when studies performed overseas, and now here, are unambiguous. Any further shooting — particularly with lead ammunition — risks the health of people and protected wildlife. When will the Victorian government just tell bird shooters “no”?

Who will represent you? 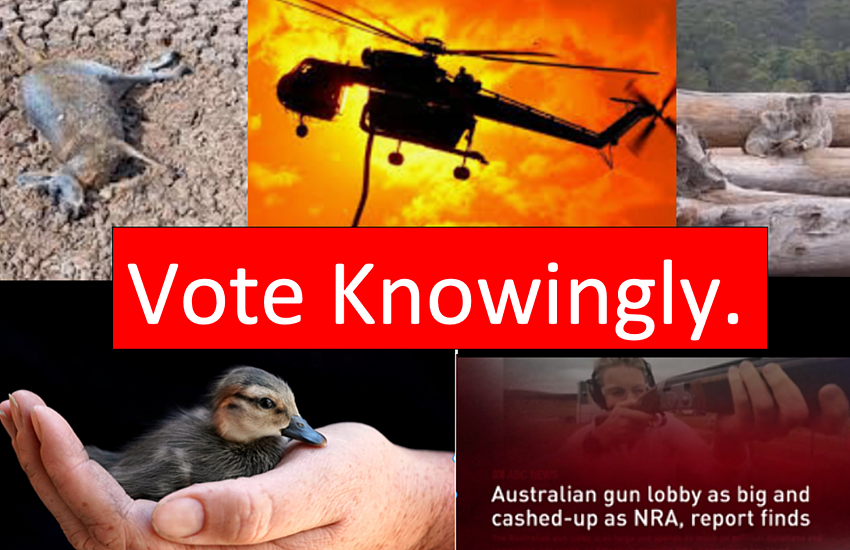 Whether it’s the environment or the economy, the fragile state of our ecosystems or public health and safety, we all have our own concerns and are clear about what is critically important to ourselves and our families.

But it’s not always so easy to be clear about who in Parliament will best support us, or to navigate the voting system to ensure our vote goes where we want it to.

Together with two of our Alliance partners, Australian Wildlife Protection Council and Australian Wildlife Society, RVOTDS sought feedback on party commitments pertaining to wildlife protection, habitat preservation and fire management (and therefore, regional Australia’s health and prosperity) from a number of political parties.

Based on responses received, previous track records and published policies, a summary table of their position is here: Policies and Progress PDF

We hold cautious optimism for some others also, including TNL (formerly “The New Liberals”) who are calling for a strong ICAC, climate action and ending recreational killing of native wildlife.

Here is a link to help identify who is in the running to represent you in each of the two houses: lower (House of Representatives) and lower down the link, upper (Senate).

Click here to see who you can vote for in YOUR electorate.

Making sure our vote goes where we want it to

Your preferences could be very important.

To control where your vote ends up, consider numbering as many of your preferences as you can (6 may not be enough), so it’s worth knowing a bit about the choices in advance. 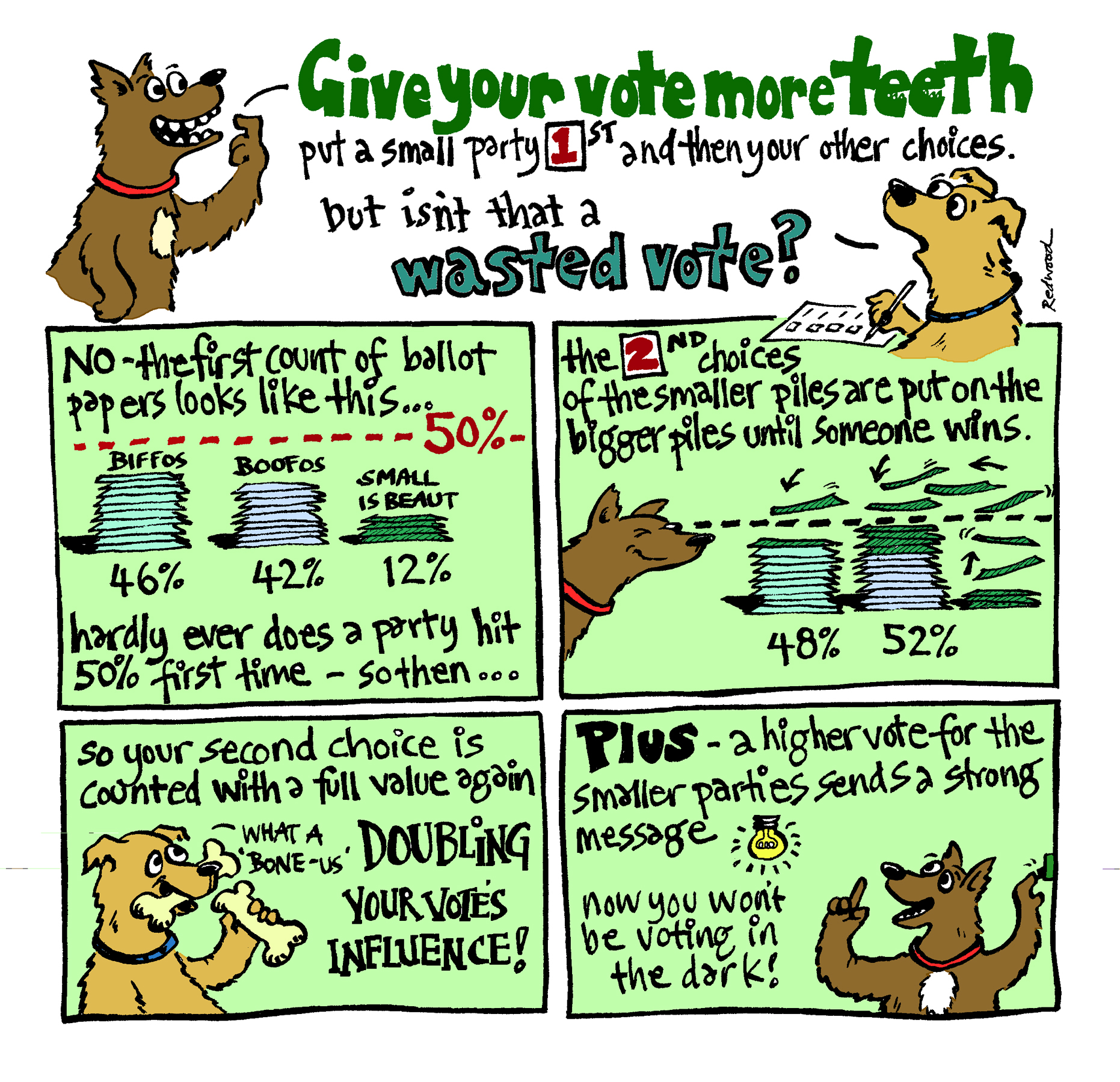 Cartoon provided by one of our valued supporters.

Some links related to the questions submitted to political parties: 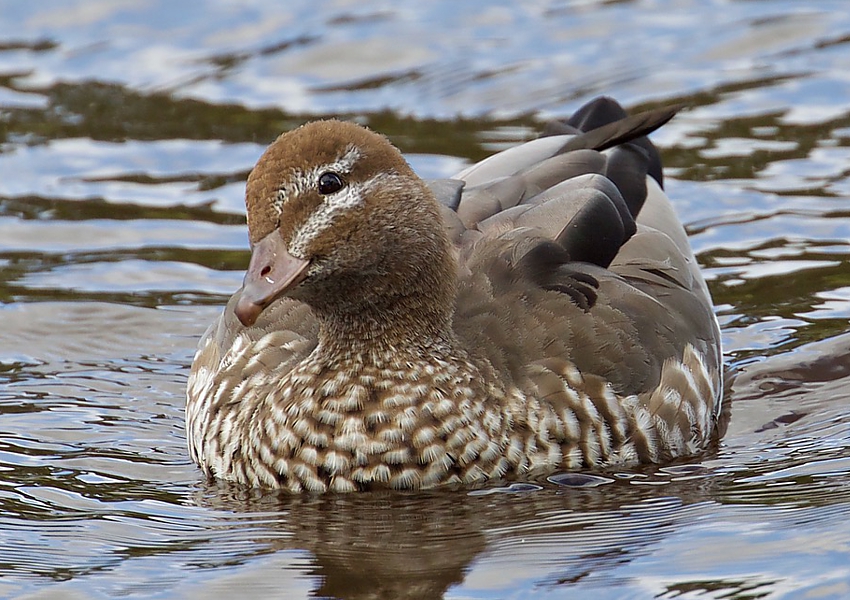 DESPITE INCREASING NUMBERS of Victorians demanding an end to it, another recreational native bird shoot has been approved in Victoria, causing outrage around the state.

Announced Saturday February 26, the bird shoot will start March 16 and run for “three long months”, 25% of the year, at “so many thousands of public lakes, streams, rivers, wetlands, waterways and reservoirs that no government authority has been able to estimate whether they number closer to 8,000 or 15,000, let alone signpost or monitor them”. Many shooting areas are near family homes, and most are near other recreational users.

“The Andrews government has again shown it is more concerned with a minority group of bird shooters, than regional residents and businesses” a spokesperson for RVOTDS said.

“No social / economic impact studies have ever been done on anyone other than a small group of shooters. No cost-benefit analysis has been done to account for the cost to Victorians of compliance monitoring, or lost tourism, of stock being sent through fences or the inability to work from home because of shooting. Most local businesses will tell you — duck shooting does not bring the bucks. The government’s — or should we say shooters’ — propaganda is just that — propaganda to try and justify an unpopular destructive activity.”

“We challenge Mr. Andrews to bring his family to stay by a waterway in regional Victoria between March 16 and June 13. It’s time he experienced the carnage he condones.”

Ongoing polls* show most Victorians — particularly regional — want duck shooting banned. Less than half of one percent of the population take part in this pastime which other states banned long ago due to cruelty.

“At least one-in-four of the tens of thousands of birds shot each season are wounded only, flapping off to die slow painful deaths elsewhere. In fact, Game Management Authority put it at one-in-three — not that they’re doing much about it. If this cruelty happened in an abattoir it would be shut down”.

In an election year, questions hang in the community about whether the major parties are listening to constituents or favoring the whims of their financial donors.

“When our rural communities are crying out for opportunities to benefit from the booming trend of nature-based tourism which is hampered by shooting, stuck in the fifties is where this government is leaving us. Victorians deserve better.”