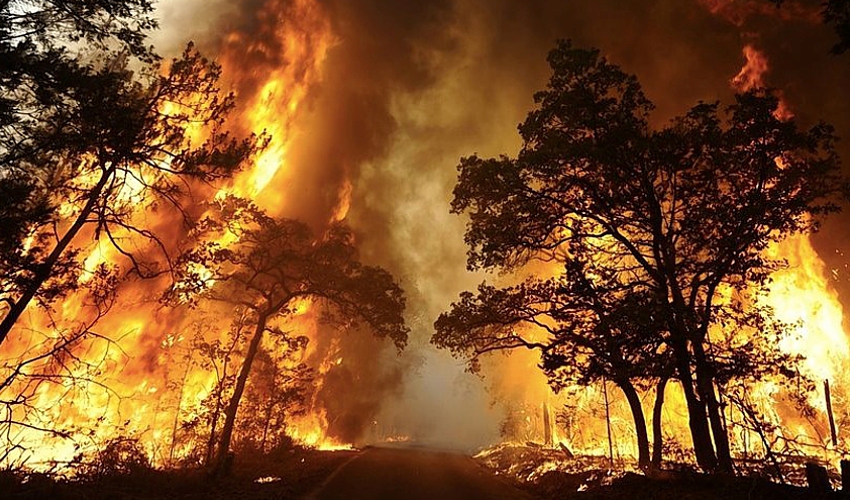 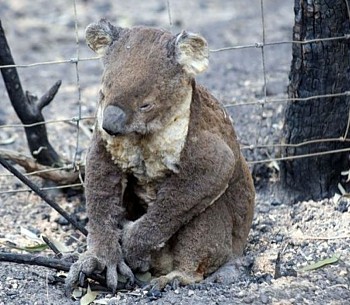 COVID-19 HAS CLOGGED the news and taken up just about all our interest and thoughts over the last several months. However, for many volunteers their work and minds are still heavily focused on help and care for wildlife since the ‘Black Summer’ fires (seen above).

The effort by volunteer groups goes on months after the event. After the Carwoola fires in February 2017, regional volunteers at Wildcare were support-feeding for eight months post fires.

Volunteer wildlife care organisations and helping groups pulled resources and funds from a wide range of donors to provide adequate care for the countless injured, defenceless, displaced and hungry animals post last season’s fires. The efforts of these organisations are still continuing in and around the capital region, the mountains, Braidwood, Monaro and the coastal hinterland, months after the last fires were extinguished.

Still counting the dead and missing

We are only just starting to gauge the amount of death and loss the Black Summer bushfires have had on Australia’s wildlife. A recent study, funded by WWF Australia, found that almost 3 billion animals have been killed or displaced by the fires. While these are staggering numbers, University of Sydney professor Chris Dickman, who coordinated the study, said the figure is still a conservative estimate.

President of Wildcare Queanbeyan, Belinda Hogarth, said they have seen a devastating number of killed or injured wildlife since the fires. “In one of the cases a property owner found 14 charred Greater Gliders, which are a threatened species.”

Wildcare has been at the forefront of animal care post fires. Hogarth said the causes of animal death and injury goes far beyond the initial fire and even if the animal survives the fire they still face many dangers and threats.

“Everyone thinks it’s about burned animals and largely it’s not. A lot of it isn’t the initial fire that kills or injures the animal, it’s usually secondary from walking around after the fires when they are looking for food, or they just starve to death.”

“On top of this many animals suffer from smoke inhalation or, since so much trees and bushland are gone, the animals are much more susceptible to predator attacks by cats and foxes.”

(Editor’s note:  Or are tempted to eat poison baits spread by government authorities.)

Wildcare’s major focus since the fires has been on feeding displaced animals threatened by starvation. Hogarth said for a long time after the fires there is little to no food for the majority of the animals. The bigger macropods like kangaroos can escape whereas wallabies or other mammals such as wombats or quolls or potoroos are smaller so they don’t travel as far and they like forested areas. This means a lot of them don’t leave and instead find shelter, but once they surface they no longer have any feed.

Even once the trees start to grow the first wave of leaves is often toxic to animals as the tree is trying to protect itself. As well as this the first grass after a fire has a high water content so it has very poor nutrition for the animals.

To combat this severe lack of food, Wildcare has been putting out food lots on volunteered properties in heavily affected areas. “In Tallaganda alone we had food lots on 40 properties with up to ten stations on particular properties but now we are down to just eight properties,” said Hogarth.

Generous donations by NGOs and private sources gave Wildcare the funding that they needed to supply food, blankets and medical care to the animals. The World Wildlife Fund donated $100,000 to Wildcare and Hogarth said they saw a massive increase in donations by community groups and private donors.

“There was a singing group in Canberra that held a concert and they gave us the money from that, then other groups such Queanbeyan council gave us $5,000 and the International Federation for Animal Welfare gave us a further $6,000,” said Hogarth.

Wildcare also saw donations of resources such as blankets, rags and linen. Hogarth said that nurses, vets and paramedics donating medical equipment that proved vital during the fires. The Southern Cross 4WD Club, again proved very useful with vehicles that could get Wildcare into difficult off-road locations. Wildcare also asked landowners to put out water and feed for birds.

Wildcare estimated volunteers saved over 700 mammals from starvation as well as additional reptiles and birds. 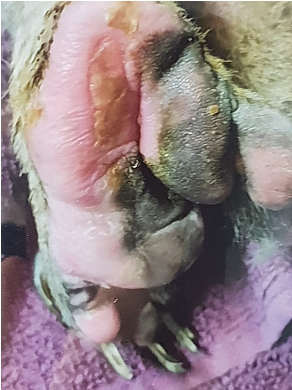 Many of the koalas that were rescued and brought into care at Two Thumbs had to be treated for major burns they had received after walking around once the fires had passed. Fitzgerald and his team have found close to 50 koalas since the fires. However, ten of those had to be euthanised due to serious burns.

“When we first started finding the koalas during the fires most of the time you’d find them with serious burns on the hands and feet because they have been walking around on the burning ground. We also saw a lot of koalas with unkempt fur because they stop grooming themselves when they are injured or sick,” said Fitzgerald.

He said that koalas have no chance of escaping the fires and the ones that survive just happen to be holding onto a tree that doesn’t get burned down. The care that Two Thumbs has been providing is predominantly around treating burn wounds and inspecting koala eating habits. “When koalas are badly injured or stressed they won’t eat, so we study their droppings and see if they producing enough pellets.”

Fitzgerald’s colleague Dr Karen Ford had been caring for severely burned koalas at ANU (Australian National University) where she in some cases had to treat their wounds multiple times a day. They were gradually moved back to Two Thumbs.

Two Thumbs has been one of the only sanctuaries with an increasing koala population. With the small number of animals, the best a koala population can increase is double in three years, or in ten years if there is a high presence of chlamydia in the population Fitzgerald said.

The good news is that while they have lost many koalas at the sanctuary, Fitzgerald said they are still seeing joeys which means the koalas are mating.