The building blocks of extinction and biodiversity loss in Victoria 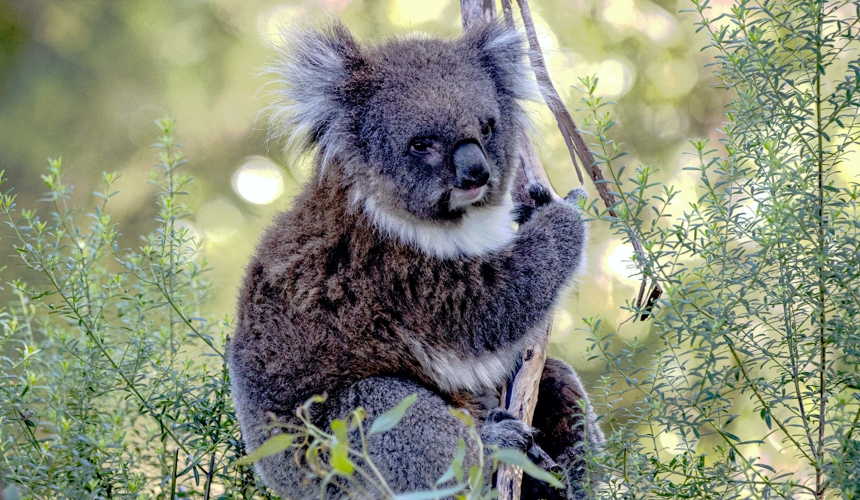 The AWPC is a not-for-profit wildlife education organisation and registered charity, founded by Arthur Queripel in 1969. The AWPC celebrates its 50th year of working on behalf of Australia’s precious wildlife.

As the Mallee was cleared, Arthur witnessed mutilated Kangaroos on trucks as the commercial skin and meat trade got underway and saw too much casual cruelty. He sought help from the police, conservation departments and animal welfare organisations to no purpose, each organisation passing responsibility to the other. Arthur founded the AWPC with the aim of protecting Australian native animals from cruelty and exploitation. In the years following Arthur Queripel leadership, Maryland Wilson was the longest-serving president of the organisation. Maryland and many other notable wildlife defenders, here and overseas, worked tirelessly to help the most persecuted wildlife: Australia’s national emblem, the Kangaroo.

The AWPC holds a significant historical archive covering half a century of the mistreatment of Australia’s precious wildlife.

The natural world in Victoria

What appears to happen is that Australian native animals are continually pushed towards the brink, with all sorts of hideous claims about why they should be exterminated. Claims by the Victoria Government, even for animals like Koalas, were that they were over abundant. Prior to the 2020 fires the Victorian Government was suggesting that young Koalas should not be rescued from fire grounds.

The killing of native Australian wildlife is now so entrenched, and the sense of entitlement of governments promoting this behaviour and the individuals carrying it out, mean poor standards are applied. Just one example of many is that in Victoria and following an extensive trial (from 2014) to turn Victoria’s Kangaroos into pet food, the Government is not able to explain which species are being killed and consequently in what numbers.

So when Australian species have made that journey to the brink, many have gone over the edge, they become endangered, and then perhaps, if they are lucky, some attention and belated compassion is directed towards them. By then it is really too late.

So the trick is to stop endangering the native species that still remain and actually look after their habitat instead of ripping it down when every little bit of common sense provides a thousand reasons why the destruction should stop.

Learning about, and living with Australian wildlife, is an extraordinary privilege that must also be the right of future generations of Australians to enjoy.

Climate change — Recommendation:  Accelerate GHG emissions policies and review hazard reduction policies in Victoria based on scientific research. Apply pressure on Commonwealth Government to improve its performance. Key features here include questioning and moving beyond the idea that gas is a transitional energy source and improving governance and compliance (an active testing regime is required) in relation to building standards and energy codes in Victoria.

Economic structure — Recommendation:  Within Victoria, urgently review those industries and activities that pose a significant threat to biodiversity in Victoria, the worst of all can either be replaced (coal), creating more jobs in renewables sector, are subsidised by the tax payer (many forestry practices) or are activities with no future that should cease with immediate effect, such as commercial harvesting of wildlife (Kangaroos) or hunting (Duck shooting) which contribute little to economic activity in the state and are significant actors in blocking out more beneficial knowledge based economic activity. Given that Victoria is currently very good at destroying its natural assets, a new way forward to help change current practices will be to develop a significant ecotourism industry. If we can do it for Penguins we can do it more broadly before it is too late.

The environmental impact v productivity of current farming methods in Victoria needs review, the Victorian Government should actively encourage farmers to learn to live with wildlife and more generally the natural world, the opposite is currently occurring.

Government — Recommendation:  A long and deteriorating history of government conduct in relation to wildlife conservation clearly indicates that action is now required. In Victoria, that action is a restructuring of DELWP with the precise goal of extracting any responsibility for the care of biodiversity from this department and placing this vital task into the hands of a new department with the sole purpose of protecting Victoria’s environment and the plants and animals that live in it.

Human rights — Recommendation:  Free from fear and threat — a new deal for wildlife carers and rescuers and proper protection for the lands surrounding wildlife shelters. The protection of people, their human rights and their property rights — for individuals and families investing in knowledge economy and conservation based activities and businesses in regional Victoria.

Protecting the web of life — Recommendation:  Initiate proper and structured conservation activities and a state wide assessment of the current circumstances for Victoria’s species, in doing so to build the understanding of how to avoid further endangerment of all species in Victoria. This should include state wide and cross state border plans and long term objectives for species with the resources to properly monitor the wellbeing of species against plans. We can no longer afford a situation where there is a conflict of interest between the organisations driving key threatening processes, organisations that are also the enforcer and legislator. This practice has been all too common in Victoria and has resulted in the poor outcomes we see today.