The Andrews Labor Government has, in our considered opinion, just failed an important test of its integrity in relation to threatened species listings and biodiversity governance. Immediately prior to losing office in December 2010, the Brumby Labor government had finalized listing the dingo as a threatened native taxon under the Flora and Fauna Guarantee Act.

The current Labor government’s has, it seems, virtually trashed that listing, through the reinstatement of a ‘wild-dog’ bounty, which – it appears – directly panders to Victorian Upper House hunters and fishers members who were voted in on a relative handful of first preference votes. This now castes a shadow over the Victorian Government’s commitment to biodiversity conservation.

The broader significance of the dingo listing relates to the dingo’s pivotal ecological role as apex predator. Ecologists around the world are increasingly pointing to the importance of top predators for ecosystem stability at a time of environmental dislocation.

The bounty is, it would appear, a publicly subsidized membership recruitment drive for recreational hunting organizations because membership of such organizations is a precondition for permission to kill ‘wild-dogs’/dingoes and receipt of the bounty payment.

The Humane Society International has highlighted that there is no sound pest animal control justification for the bounty and that it will be environmentally harmful. The bounty of $120 per scalp will make no significant contribution to protecting farm stock from wild-dog predation. 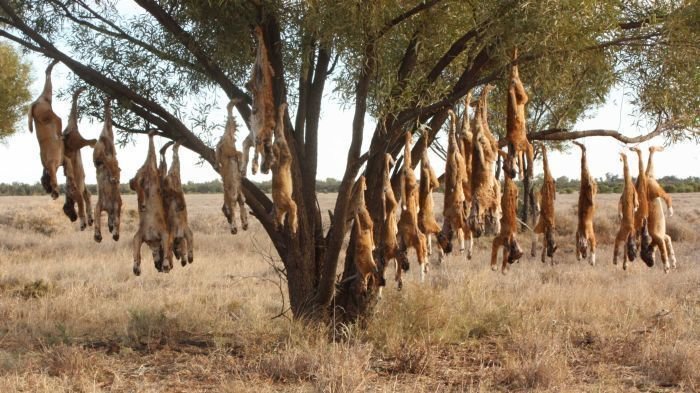 And if a dingo isn’t considered 100% “pure”, containing genes from domestic dogs, should hybrids be managed differently to dingoes?

Research suggests “pure” dingoes do exist in Victoria, albeit in smaller numbers than other regions.  Two other recent studies are important in the Victorian context. One suggests dingo characteristics prevail even within hybrids and another has found there are two distinct dingo populations. Importantly, the south east dingo population is at increased risk of extinction.

(The Conversation: Why Victoria’s dingo and ‘wild dog’ bounty is doomed to miss its target – By Euan Ritchie (Deakin University) and Arian Wallach (University of Technology Sydney)

There are a range of reasons cited for why bounties fail. These include:

Predator-friendly farming is growing across Australia, as you can see in the image above. Large livestock on large landholdings, such as beef cattle on thousands of square kilometre stations, are reducing conflict by enabling dingo packs to stabilize and by supporting healthier cows that are better able to defend their calves.