Where’s the environmental extremists now that Belconnen is being “developed” for housing?

Despite the massive “cull” of kangaroos, 2008, there’s new housing “developments” planned for Belconnen. Sections of the site are listed for its natural heritage as habitat for the endangered Golden Sun Moth. The site also contains the only known location of the threatened Ginninderra Peppercress, a small perennial herb. 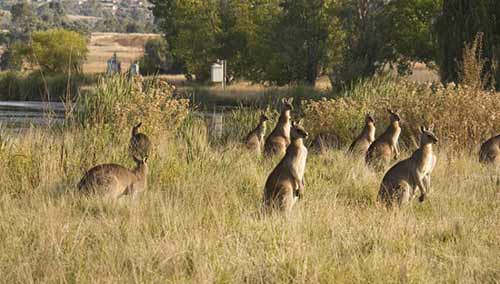 Back in 2013, the ACT government announced that the first release of 124 single residential blocks will take place before the end of the year and will be sold through an auction process.

The first stage of the suburb will also include the release of a further 12 multi-unit sites bringing the total to 560 dwellings. The adjoining Defence land was the site of the 2008 kangaroo culls, which gained international attention. There *could* also be more residential development on this 143-hectare site in future – prophesied back then!

The West Belconnen / Parkwood development will include three new suburbs in the north west of Canberra adjacent to Holt and Macgregor and a new settlement in the Yass Valley immediately adjacent to the border.

The vision for the development is to “create a community that provides diverse, affordable and inclusive places to live, work and play”. There will be a range of housing options for individuals and families at “affordable prices”. Up to 11,500 new homes will accommodate about 30,000 people, the project will help meet existing and future demand for housing for the next 30-40 years.

The CSIRO are selling the land. CSIRO general manager for business and infrastructure Mark Wallis stressed the organisation was not looking to sell the site. “We are looking for a joint-venture development partner and one that’s aligned with our aspirations for the site, which is to ensure we deliver the benchmark in urban sustainable design and also to tackle the problem of affordable housing,” he said.

A site, known as Section 200, will have up to 745 dwellings and has been likened to Canberra’s NewActon precinct.

Back in 2008, ACT Chief Minister Jon Stanhope has released a report from the Environment Commissioner which recommended culling kangaroos by lethal injection. The report by Maxine Cooper recommended urgent action to ensure no further damage is done to the grassland ecosystem at the Belconnen Naval Transmission Station.

It was to protect endangered species. The threat to biodiversity in Canberra’s native reserves was a key justification for the night-time exercise, with rapid deterioration blamed on extensive overgrazing by the growing kangaroo population.

Peter Dowling, National Heritage Officer with the National Trust explains they’ve lobbied the government several times, all the way up to the Prime Minister for the site of the former aerial farm to be left for grasslands ecology studies. “The BNTS site is prime residential land and some of it has been given over to future residents there,” he said.

The conservation extremist are deafening in their silence when housing growth threatens native grasslands and threatened species. 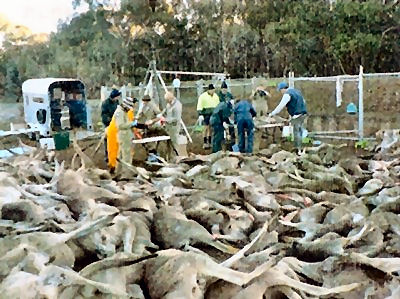