How Canberra tells you what to think 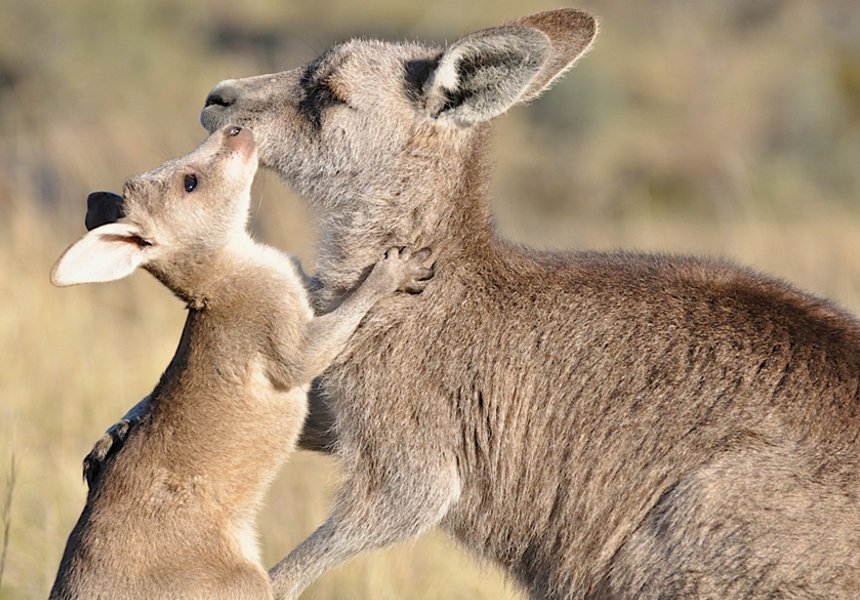 EVERY MAY MOTHER’S DAY or thereabouts, Canberra politicians, Labor, Green and Liberal, spoil the season by giving thumbs up to what they like to portray as an unremarkable slaughter of our national emblem in the nation’s capital.

On public nature reserves, this involves shooting kangaroo families — mums and males — bashing pouch joeys to death, and bulldozing all their bodies into pits. Lost and bewildered older joeys flee, jump in front of cars or end at the mercy of dogs. Neighbouring residents can be traumatised by the carnage that continues every night for months.

Already signed is a deal to continue the killing for another five years, with militarised contractors hunting in the suburbs for surviving animals. Unless it’s stopped by voters. It costs the public purse close to a million dollars annually. The real reason why this is happening? That’s still anyone’s guess.

But Canberra nature park managers or politicians offer residents a revolving list of ‘facts’ on why the killing must happen. Their assertions are amplified by the local media. No questions asked. Few dissenting voices get a platform and if they are mentioned they are labelled ‘protesters’, ‘activists’, ‘animal rights advocates’ (heaven forbid) — anything other than just plain concerned citizens of Australia.

I have watched this annual ritual for the past decade and sadly reported on it, and recently researched and wrote a book on the history, culture and legacy of Australia’s wildlife killing habits www.mariataylor.com.au. Canberrans are subject to the same narrative about kangaroos as the rest of the country. We’re all encouraged to agree and shrug. Elsewhere when a group is demonised prior to killing, it’s called propaganda.

We must all think alike

What we have is a dominant narrative on how to think about kangaroos. How to think is sold to the public in lockstep by economic interests (commercial kangaroo processors, grazier and farming lobbies) working with politicians and government power. Their perspective is supported or supplied by some applied ecologists and ‘pest’ management specialists, mostly taxpayer funded. What they all say is uncritically reported in most Australian media.

You can hear this narrative any day of the week and it is on the upswing at the moment with a move in the United States Congress to ban the import of Australian kangaroo skin and meat. The EU is also being asked to consider bans. This pushback is portrayed by Australian officials and mainstream media outlets as an assault on a must-have export industry. The word ‘treasonous’ has been used.

The remaining large kangaroos are now Australia’s most persecuted indigenous animal with an unchanging storyline to justify the extensive bloodshed.

The world loves Skippy the bush kangaroo and he or she draws tourists by the planeload. This unique marsupial holds up one half of our national coat of arms —along with the equally unique emu — also a victim of mass persecution since settlement.

Yet at home, we became a culture of silence and conformity that treats the kangaroo as either a pest or a product.

We lead the world

The treatment of native wildlife since colonial times has morphed in the past 70 years into the world’s biggest on-land wildlife slaughter of kangaroos, for their skins and meat and just for removal. Almost no Australians appear to know this. The much beloved koala — now on the brink of regional extinctions — suffered a similar savage slaughter for its fur coat up until the mid-1920s and has never recovered.

The ACT may claim that its killing is somehow better because it is non-commercial, but the cull is very much part of that post-colonial value tradition.

What are those values? Disrespect and disinterest in understanding the contributions of native grazers in balanced ecosystems. And flat-out demonisation of any native animal that bothers agricultural businesses or sometimes other commercial interests, or ACT motorists. That starts with grazing kangaroos and wallabies, but also targets emus, wombats, dingos, eagles, other birds. Culturally, there is a direct line of thinking from colonial times.

This thinking has become so embedded in the narrative that any claims about ‘too many’, and that our export nation and graziers need kangaroos to be killed, just gets an automatic nod from media organisations starting with the national broadcaster and seen throughout Australia’s highly-concentrated private press. Overseas visitors are amazed at the disrespect, while most Australians stay silent.

The Canberra cull is related in cultural understanding and dog whistling ‘pest’ and ‘too many’.

Now Canberra’s advising ecologists have pivoted to another compelling narrative that deflects enquiries: the story now is that all of ‘biodiversity’, which suddenly does not include kangaroos, benefits from the annual slaughter. Females with pouch-joeys and dependent young can be killed more freely under this framework in the ACT’s code of practice.

This culture is across Australia — the commercial kangaroo industry has a very active PR operation and often relies on supporting voices that say ‘trust us, we’re scientists”.  ACT narratives have relied on similar claims of scientific insight.

Missing: reports about the role of all
kangaroo species in their ecosystems

Missing is any reporting on research about the role of all kangaroo species in their ecosystems — what do they contribute to healthy grassy woodlands? They co-evolved with those habitats. Equally missing are voices that tell us what kangaroos and other wildlife could contribute to Australia, to Canberra and to farm economies through tourism and related spending.

Our native wildlife is much more valuable alive than dead. A new win-win narrative must highlight respect, ecological understanding and a decision to share our land.