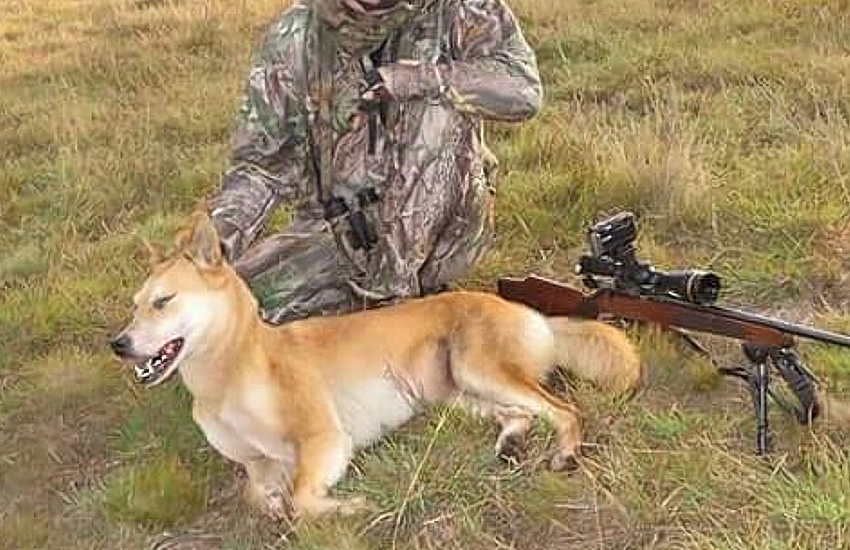 Dingos are being slaughtered by hunters for money in a Victorian program that echoes colonial removal of much native wildlife in Australia. And people thought we are better. Here’s a media release with visual proof sent to Victorian parliamentarians by the Association for Conservation of Australian Dingoes Inc.
THE VICTORIAN GOVERNMENT recently announced a digitised, streamlined administrative process for ‘wild dog’ bounty applications and payment to hunters. These changes are clearly a cost saving device. The current bounty for so-called ‘wild dog’ scalps is $120.
AFCAD Inc. today slammed the refinement and continuation of the ‘wild dog’ bounty as a gross waste of public funds, as environmentally harmful, as unnecessary to the protection of farm stock, and as a policy that deceives the Victorian public. Rather than streamlining the administration of the bounty, it should be abandoned. Not to do so is serious misgovernance.

As confirmed by recent ground-breaking genetic research, so-called ‘wild dogs’ in Victoria are dingoes, a native wildlife taxon. Incredibly, the bounty takes no account of the fact that dingoes and dingo dominant hybrids are considered Australia’s pre-eminent ecologists important for ecosystem health, and pure dingoes are listed as a threatened native species in Victoria under the Flora and Fauna Guarantee Act.
2021 research found that:
…feral dogs have not established a self-sustaining population in the wild and that inter-breeding between dingoes and dogs may occur infrequently. Despite historical domestic dog introgression, the dingo population maintains a dingo dominant identity, even in southeastern Australia…
Further:
It is possible that widespread lethal control programs have increased the likelihood of dingo x dog hybridisation events and facilitating the spread of introgressed dog genes into the wider dingo population. (K. Cairns, M. Crowther, B. Nesbitt and M. Letnic, ‘The myth of wild dogs in Australia; are
there any out there?’, Australian Mammalogy, CSIRO Publishing, 2021.)
Against the best scientific advice, not only does the Victorian government persist in denying wildlife status to ecologically important dingo dominant hybrids, but, perversely, places a bounty on the head of both them and pure dingoes, even though the latter listed as a threatened native taxon in Victoria.

The ‘wild dog’ bounty is an invitation to fraud

Presently, recreational hunters are permitted to kill ecologically important dingo dominant hybrids (deemed ‘wild dogs’) over large areas of public estate beyond the specified areas of the state where the bounty applies. As a result, hunters can legally kill so-called ‘wild dogs’ (in reality including pure dingoes listed as threatened wildlife) in areas where the bounty does not apply, but they can then nevertheless easily and fraudulently present such scalps for bounty collection. The streamlining of the bounty arrangements will simply further facilitate such abuse.

Stock losses to dingo predation have been consistently exaggerated by the Victorian government and state Agriculture authorities, as well as extremists within the farming lobby (reflecting a backward colonial mindset).
Yet, official Victorian government stock loss data (obtained by AFCAD Inc. through Freedom of Information legislation) show that stock loss rates to ’wild dog’ predation in Victoria are tiny and have been for a long time. Departmental statements fail to inform the public (and perhaps even the Environment and Agriculture Ministers) that the absolute and relative stock losses, as a share of the Victorian sheep flock, from alleged ‘wild dog’ predation have remained at a very low level for 20 years.
In broad terms, sheep losses per million of the Victorian sheep flock over the past 20 years have varied within a range of between 100 and 200 sheep lost per million sheep. In absolute and relative terms, the losses are negligible. The bounty is simply unjustified in terms of farm stock protection and must be condemned for the public deception it relies upon and the ecological damage it incurs. 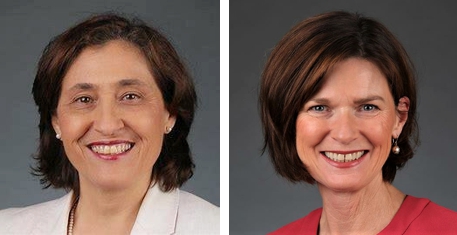 Left: Lily D’ Ambrosio – Victorian Minister for the Environment
Right: Mary Anne Thomas – Minister for Agriculture
The Victorian Environment and Agriculture ministers must now acknowledge and take responsibility for the gross policy inconsistencies surrounding the misidentification of dingoes as ‘wild dogs’, and for the environmental damage incurred within Victorian ecosystems through the ‘wild dog’ bounty. The buck stops with them.
A particularly disturbing aspect of the perpetuation of the ‘wild dog’ bounty is that it encourages recreational hunters to kill dingoes in the mistaken belief that they are helping to remove an exotic invasive pest. They are in fact killing Victoria’s native apex predator and harming Victorian ecosystems. The Victorian government has been repeatedly appealed to by leading environmental scientists about the environmental harm incurred by current policy.
The images below (and at top) are of dingoes killed in Victoria by hunters. Bear in mind that dingoes are listed as a threatened native species in Victoria. The contradiction is shameful and incompetent. 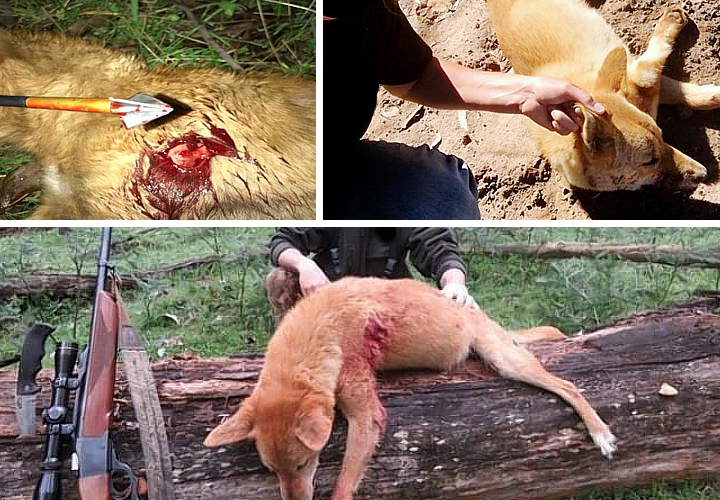 The Victorian government must:

The Ministers for the Environment and Agriculture can no longer claim ignorance on this issue.

AFCAD is an incorporated association registered in the state of Victoria. Its purposes are the ‘Preservation and Conservation of Australian Dingoes and its habitat and ecosystems’ and its objectives include: