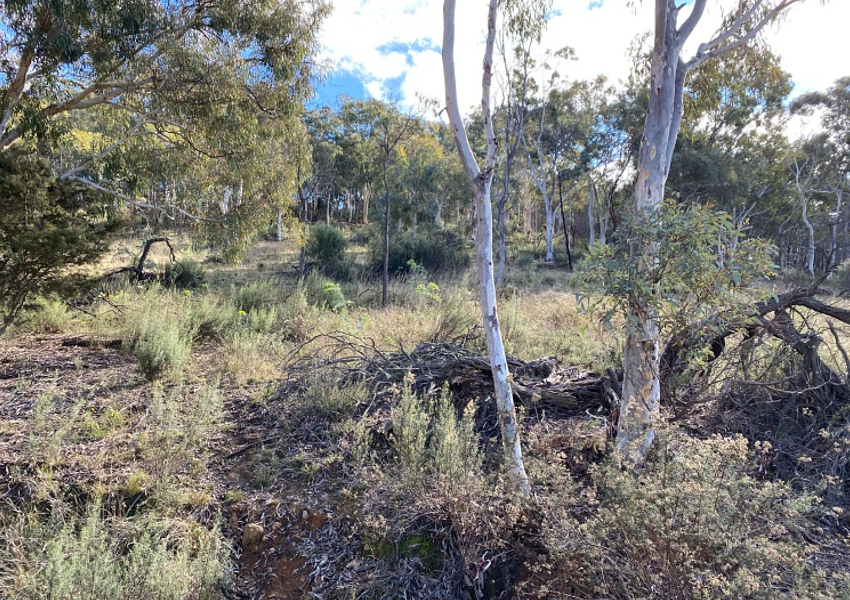 IT’S CRYING OUT for a sociological study. As hired killers with military training hunt survivors in their last refuge in a major city following a 12-year campaign, that city and the country remain mostly silent.

While gunshots echo nightly from the woodlands of Mt Majura, Mt Ainslie, Farrer Ridge, hardly anyone, apparently, says it is untoward that the national icon, the kangaroo, is being gunned down in the suburbs of the national capital, within a quarter kilometre of people’s homes.

Overseas visitors and observers on the other hand can barely believe the disrespect and bloodshed meted out to Australia’s best-recognised native icon.

Imagine, they say, if American authorities were shooting down the bald eagle in the suburbs of Washington DC. Or the English — who of course started all this in Australia with colonisation — went on a mission to severely ‘manage’ with death, their national symbol the predatory lion (a remnant of empire days).

Australians, who are fortunate to still have noticeable populations of native animals, are beguiled into looking the other way by a propaganda story. Broadcast with the assistance of mainstream media, that story is repeated by state employees and politicians. Critically, it is supported by what a closer look might call ‘voodoo’ science. A disorienting cloud of numbers and pronouncements. A matter of belief.

READ ALSO: How Canberra tells you what to think. By Maria Taylor.

The beliefs and ideas came with the colonial settlement of Australia, sweeping away and transforming the nature of the country for a European pastoral economy, for sheep farming in particular. Kangaroo species had to go because they ate grass.

Those beliefs and convictions morphed in the national capital into today’s death-dealing ‘management’ in the suburban reserves to achieve a farm-like vanishing low number of native grazers — the bloodletting defended by politicians armed with ‘expert’ excuses of saving biodiversity of all things.

Stalking the wooded hills of Canberra

Environmental scientist and long-time wildlife defender Frankie Seymour reports here what those bearing witness to the Canberra slaughter have seen and found in June 2021.

THERE ARE NOW hardly any kangaroos left in any of the reserves of the Canberra Nature Park.

The survivors of 12 years of annual slaughter, in their last refuges on Mt Majura, Mt Ainslie, Farrer Ridge and East Jerrabomberra, are now being hunted by military trained personnel using high tech military equipment. This is a wildlife tragedy entering its final phase.

The direct shooting both on and off reserves, is not the only death facing Canberra’s suburban kangaroos. The kangaroos’ off-reserve habitat is rapidly being developed for exclusive human use.

On some Canberra grassland reserves, kangaroos are now being excluded by kangaroo-proof fencing, [much like the landscape scale exclusion fencing that indiscriminately kills a wide swath of wildlife now being taken up by some NSW graziers].

The shooters seem to have no compunction about crushing what is left of the native vegetation and biodiversity driving their heavy vehicles off-road around the reserves.

Further exclusion of grazing kangaroos and other native plants and animals is resulting from an explosion weeds on their habitat: recently thorny saffron thistles. The irony is that the weed invasions could have been prevented by leaving the kangaroos, at their natural densities, to manage the vegetation of the reserves as evolution designed them to do.

How they hunt in the woodlands

There is not much chance of ‘clean kill’ shooting this year. The shooters seem to have decided to shoot in almost total darkness, relying on red dot sights to target their victims. Red dot sights have been found to be subject to point-of-aim deviation and to be especially inaccurate in cold weather.

Chances of hitting the head or the heart with the first shot, as required by the Code of Practice, are much reduced by this targeting method.

At Mount Ainslie, the shooting area is woodland where it is unlikely a shooter could ever get a full body view of his target.

So far this year, we have found two very young kangaroos, apparently left behind by the clean-up truck, both shot in the eye, one at East Jerrabomberra and one at Mount Ainslie. One wonders how these two kangaroo children managed to be killed so “cleanly”. One suspects, being small, they were captured and held down while they were executed.

The location of one of the youngsters, on the side of Northcott Drive just outside the Campbell Park offices, suggests that the killers are doing some of their shooting very close to public roads, open reserves, off-reserve habitat, suburbs and workplaces, endangering humans as well as wildlife.

Bullets can travel three km; and ricochets can occur in woodland.

Shooting near public roads is not new for the ACT government’s hired guns. From 2015 to 2020, shooting at Isaacs Ridge was routinely occurring within 20–30 metres of Mugga Lane.

Apparently, this is the new normal. If other species are shot, the government will simply deny it, as they have denied other impacts of this program.

RELATED ARTICLE: Re-thinking kangaroos: The ethics of the slaughter of a species. By David Brooks. ABC Religion and Ethics. 7 June 2021